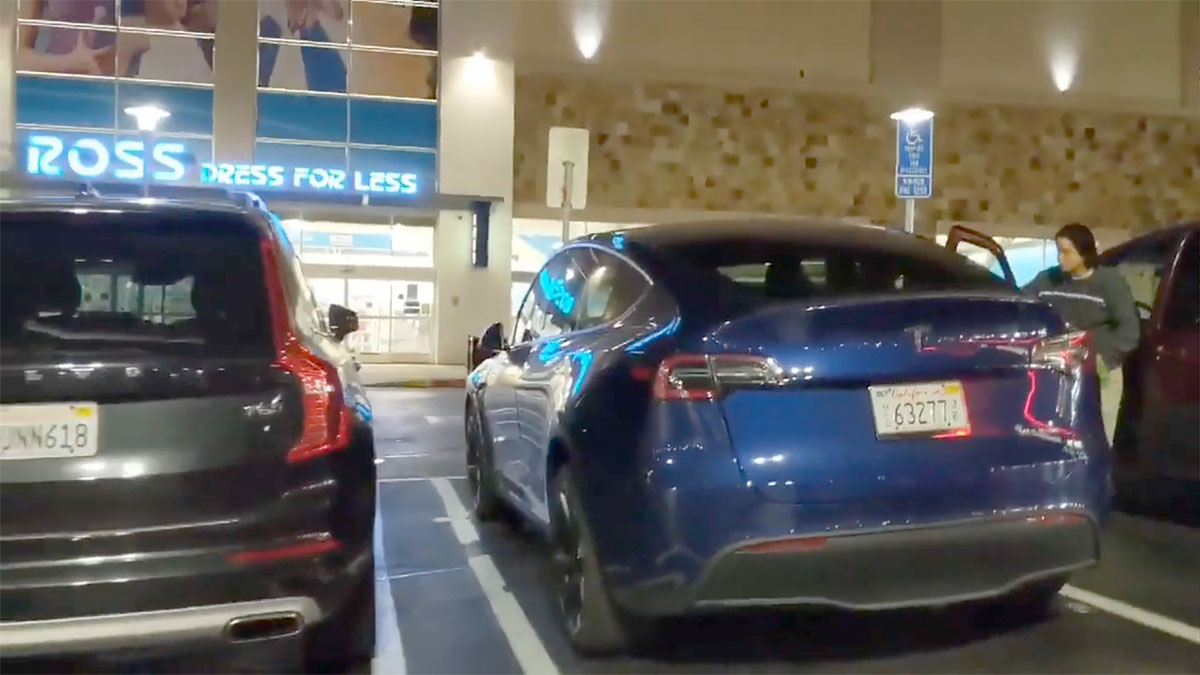 Recently, a Tesla Model Y prototype has been spotted being parked side-by-side with Volvo XC90 SUV and Jay Yu who is an enthusiastic Tesla owner didn’t miss the chance to record a short video clip of both vehicles from behind, by the looks of it, the Model Y doesn’t look much smaller than the XC90 which is a  mid-sized luxury SUV.

Over at our friend Vincent’s Tesmanian blog, he has leaked the Model Y dimensions but they are from an anonymous source and the height of the Model Y in those leaks is mentioned as 64 in (1,626 mm), 5 inches of difference is a lot, on the other hand, Tesla is still reluctant to release official numbers for the Model Y interior and exterior dimensions, just days away from the start of deliveries, starting most probably coming Sunday.

From looking at this short video clip, it seems that there is also not much difference between both SUVs in terms of width and length, if we consider Tesmanian’s Model Y exterior dimensions figures into account, a comparison table of both of these vehicles would look like the following:

The exterior specs comparison shows that the Model Y is slightly smaller than the Volvo XC90, but does this still categorize it as a midsize SUV? Most probably yes, we have been quoting the Model Y as a compact SUV in the past but these final production intent prototypes have somehow evolved from the one shown at the unveiling event last year.

Woah, forgot we recorded a video with me walking around the Model Y last week. I feel like it's my civic duty to release this video so the public can scrutinize it 😁. Hopefully, this makes your Model Y purchase/decision easier. #ModelY #JayYu4scale #Tesla #YangGang #TeslaModelY pic.twitter.com/ujJ1zirR2s