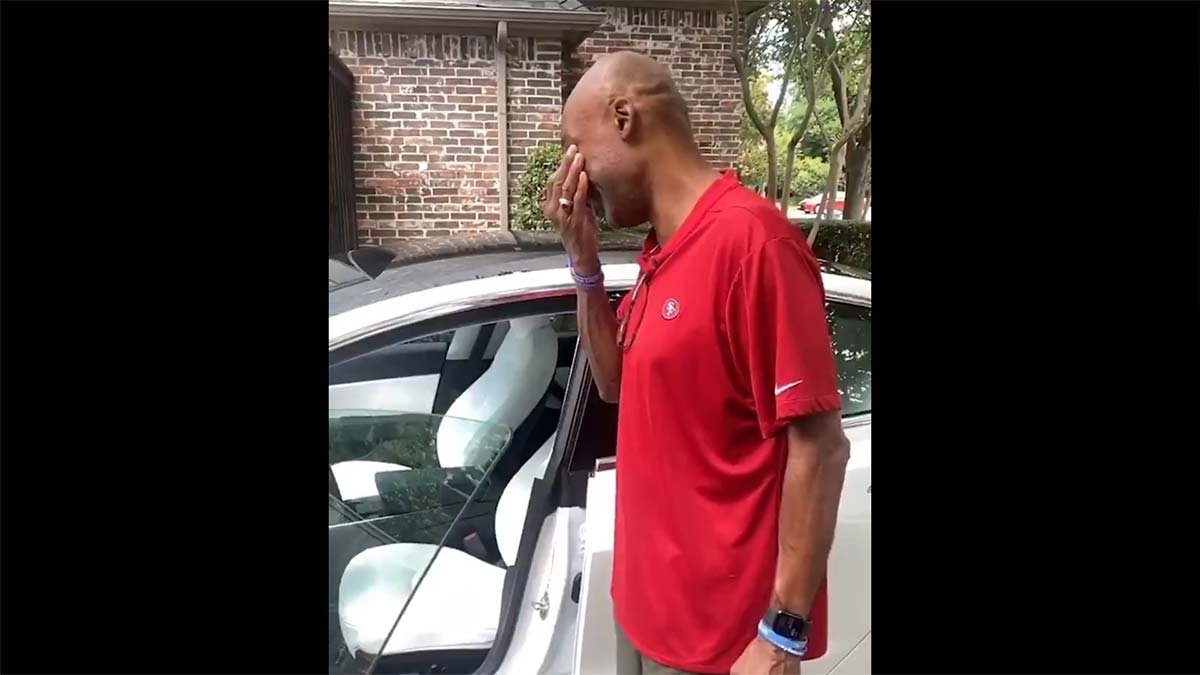 This story was originally published on TeslaOracle.com

NFL player Solomon Thomas who is a defensive tackle for the San Francisco 49ers surprised his father this past Sunday on Father’s Day when he gifted him a brand new white Tesla Model 3 — tears and emotions broke out when his unsuspecting dad found out the amazing gift he had earned.

I deliberately used the word ‘earned’ because Solomon said his father was a role model for him, and it’s not just a statement, his father meant a lot to him because he worked hard for his son to achieve the career he is shining in at the moment.

Solomon tweeted the following statement on this event in praise of his father:

My father is a true role model. You will never meet a man with higher integrity, character, and work ethic. Would work out of state but still never miss my games. An honor to give back to my role model

Yes, he deserved this precious gift well, he taught his son valuable lessons in life that made him successful enough to get to this point, much praise to both the father and son.

Imagine when you suddenly get the car of your dreams on a Sunday morning out of the blue and the one you already have is 15-year-old gasoline-powered one that you are trying get rid of anyway, that’s what his father felt at this moment, that’s why he is wiping his tears off before they start flowing on his cheeks.

Solomon himself owns a Tesla Model S but now both of them have become a part of the Tesla Community and these guys are proud of it, one of the best Father’s Day gifts and the most emotional video of this day, witness the moment below.

Love to all hardworking and caring fathers out there.

This is awesome. @SollyThomas90's father has had the same car since his Solomon was in 4th grade... until now. pic.twitter.com/6FiZrF2upI