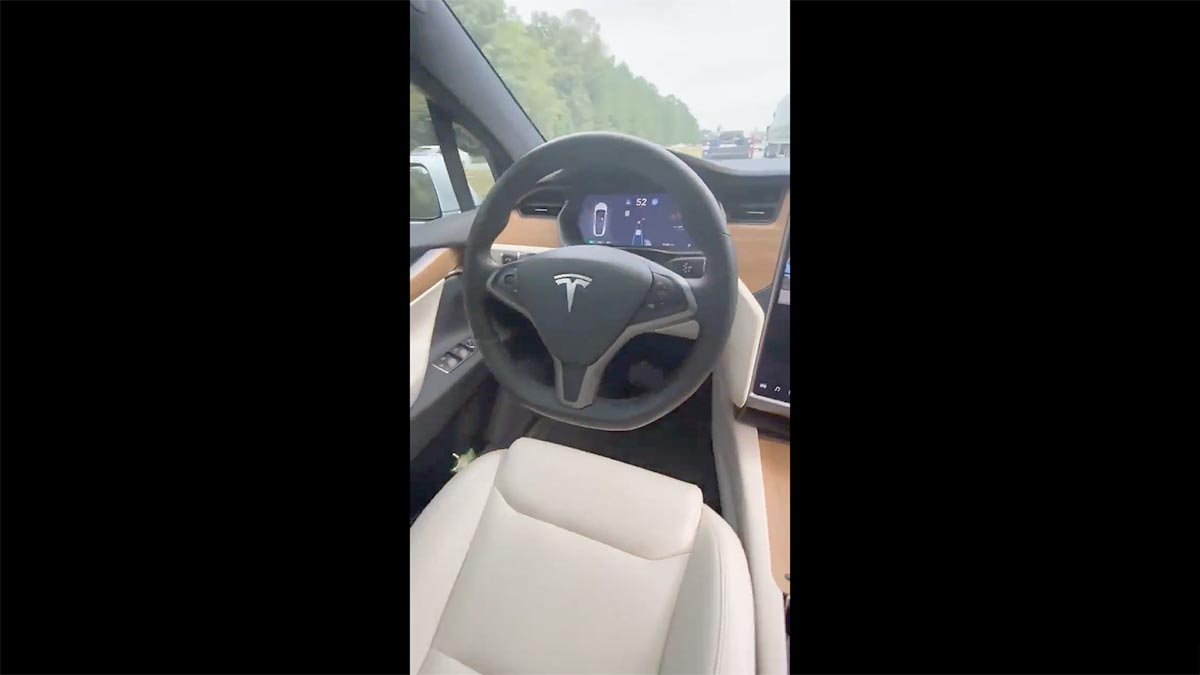 Dear @elonmusk, why not checking the weight on the driver seat before allowing Autopilot to be turned on ? pic.twitter.com/ZXJP4o9f1R

What you just witnessed in the video above is utter nonsense. A Tesla Model S owner put his car in Autopilot mode while he sat in the passenger seat for filming how his car performs on the highway all by itself.

This is most probably the stupidest thing someone can do in their Tesla, putting his and other people’s lives at risk, just for the fun of it. While purchasing the Full Self-Driving Capability (FSD) package, the Tesla online configurator clearly mentions that the car requires active driver supervision at this time as Level-5 autonomy has not yet been achieved.

The currently enabled features require active driver supervision and do not make the vehicle autonomous. The activation and use of these features are dependent on achieving reliability far in excess of human drivers as demonstrated by billions of miles of experience, as well as regulatory approval, which may take longer in some jurisdictions. As these self-driving features evolve, your car will be continuously upgraded through over-the-air software updates.

A Tesla vehicle regardless of being a Model S, 3, X, Y cannot be put in Autopilot until the seatbelt is not locked into the catcher, but this guy inserted a clip or something else in it to fool the car’s systems. Sensing a person in the driver’s seat can also be easily dodged by putting weights on the seat but still would be good.

This is stupidity to the max, how long did this car drive after the video, how is he gonna stop the car without being in the driver's seat, very dangerous.

As the video is gaining popularity on Twitter with thousands of likes, it should be understood that this kind of behavior can lead to cancellation of the FSD software and even legal consequences.

Surely, this is not an act of bravery but stupidity. Many Tesla Community members expressed their concern in the same video thread on Twitter, some of the replies are as follows:

I’ve done this on a closed road. But to a greater extent where I actually exited the car. But like I said. Closed road for 3 miles. So wasn’t endangering anyone except my personal vehicle 🤷🏼‍♂️

I guess what is needed is an AI/ML driven automatic slap-an-idiot feature when the car detects someone doing this. Variable intensity of the slap will be great to have, too! pic.twitter.com/M4hxY5SIGf

At first, the family of the engineer blamed Tesla for the demise of their loved one but the investigation proved that he was irresponsible while driving the car.

The attempts like these can have the same horrible consequences, so a request to the readers is ‘Don’t Try This In Your Tesla’.

I originally authored this article on our new Tesla news website Tesla Oracle.

Update:  YouTuber Jeremy Judkins actually talked to the owner of this Model X on Facebook and posted the following rebuttal video in the response to the above footage.