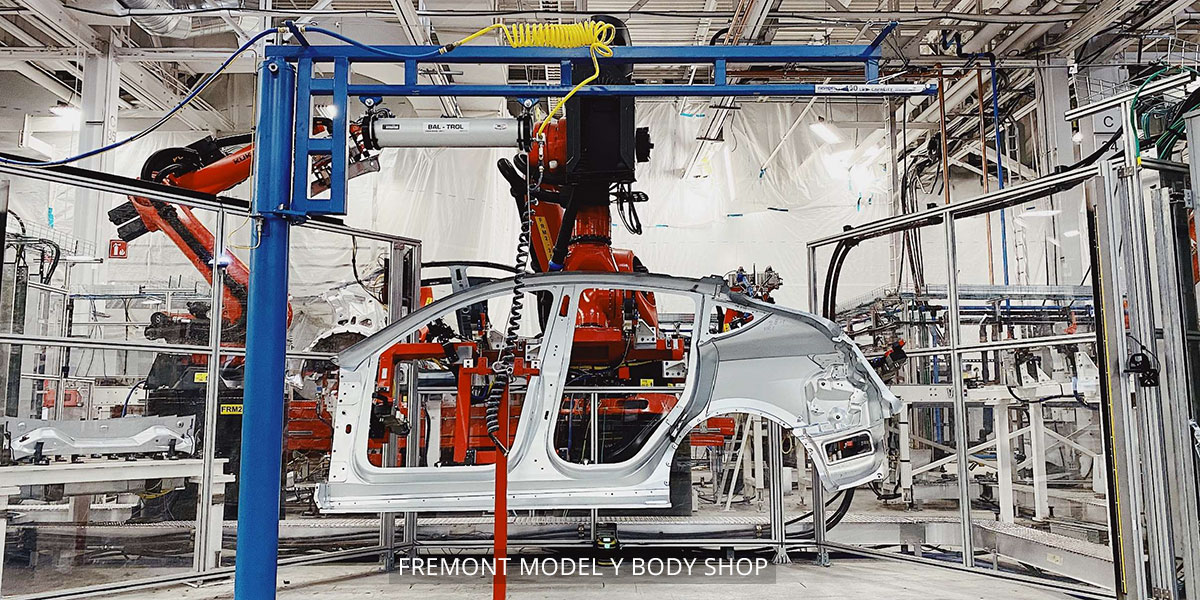 Interesting information has come out from the Tesla Q4′ 2019 Earnings results announced by Tesla last evening (find the complete update letter PDF below) — with setting another record production and deliveries last quarter, Tesla (TSLA) was able to pull a consecutive profitable quarter.

Surprisingly as Elon Musk announced in the earnings call that the production of Tesla Model Y has started at the Fremont factory and Tesla’s estimated Model Y delivery timeline is the end of Q1′ 2020 — The report states the following regarding Model Y production and deliveries:

The production ramp of Model Y started in January 2020. Together with Model 3, our combined installed production capacity for these vehicles is now 400,000 units per year.

The ramp of Model Y will be gradual as we will be adding additional machinery in various production shops. After such expansions are done by mid-2020, installed combined Model 3 and Model Y capacity should reach 500,000 units per year. We will start delivering Model Y vehicles by the end of Q1 2020.

This is a full quarter ahead of the expected schedule that Elon Musk announced during the Q3′ 2019 Earnings Call, in 2019 Tesla started delivering on promised timelines and now the Silicon Valley-based automaker is getting even faster on production and delivery timelines.

We reported last year that a new assembly line for the Model Y was under development at the Tesla Fremont Factory and now it has started limited production of the most energy-efficient electric SUV to date — the Q4’2019 earnings report explains the Model Y efficiency in terms of miles per kWh in the following graph comparing it to the likes of Jaguar i-Pace, Audi e-tron, Mercedes EQC, and Ford Mache-E AWD.

According to Elon Musk, the constant efforts of the Tesla engineering team has resulted in Model Y getting just above 4.1 miles per kWh efficiency numbers and if we assume the battery pack to be of 76 kWh capacity, it roughly translates to 315 miles (507 km) of range, previously Tesla advertises the Long Range Model Y with 280 miles range, now Tesla Model Y official page and configurator are updated to display 315 miles EPA.

The Q4′ earnings report states the following regarding the updated EPA range estimate:

Due to continued engineering progress of the Model Y all-wheel drive (AWD), we have been able to increase its maximum EPA range to 315 miles, compared to our previous estimate of 280 miles. This extends Model Y’s lead as the most energy-efficient electric SUV in the world.

A lot of the Model Y range efficiency should be credited to the new wiring harness which has been reduced to only 100 meters, comparing this to the Tesla Model 3’s 1.5 km long wiring system, this is a big leap ahead, also reduces cost of wiring purchase by a big margin when a company is producing hundreds of thousands of cars.

Looks like Elon Musk’s original Master Plan is coming to fruition, he himself remembered it in a tweet late last night as well:

A friend just sent me this excerpt from a Tesla blog I wrote 14 years ago pic.twitter.com/Hr8w52ithY

Tesla shared some photos of the Model Y assembly line at the company’s Fremont factory, these pictures show that the production is actually going on right now at this location, also when time comes and Model Y eats some of the Model 3 sales, another assembly line might need to be converted to produce Model Ys — should be easy for Tesla engineers as both cars have a lot in common.

Are you willing to let go of your Tesla Model 3 reservation in order to get the Tesla Model Y? Since it is coming much sooner than expected, pls let us know in the comments section below.