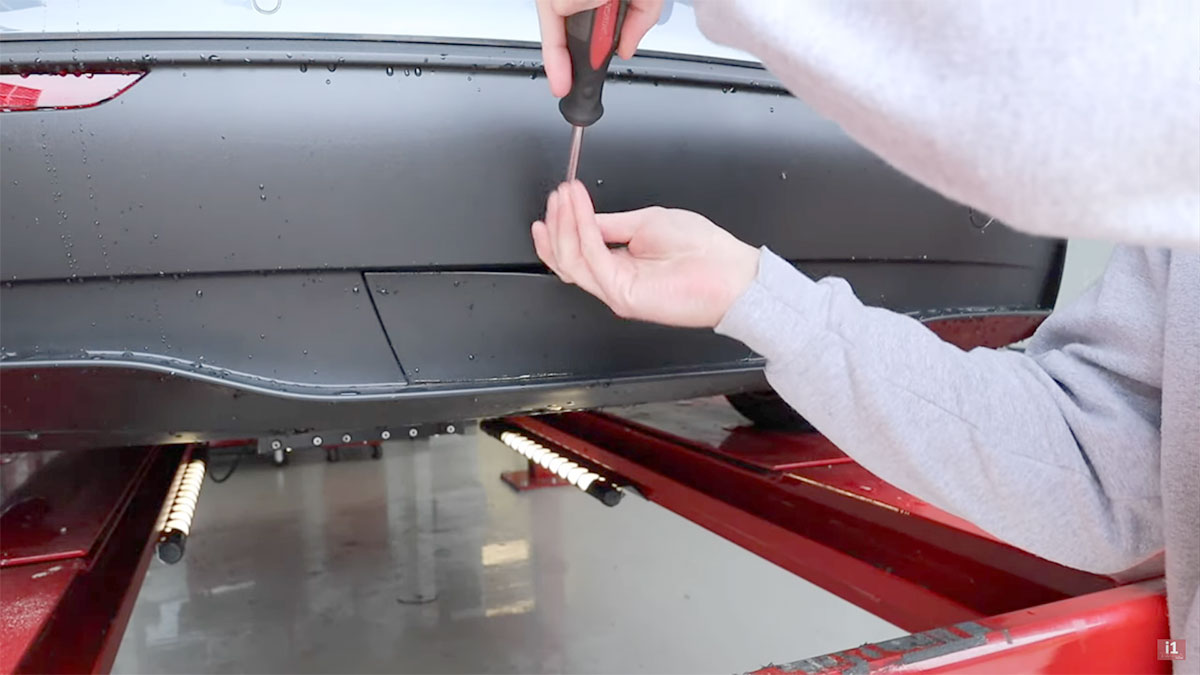 At last, the mystery of the Tesla Model Y tow hitch is solved, Brian from the i1Tesla YouTube channel shows us what is under the rear diffuser panel (presumably a trailer hitch cover plate) in his latest video (below) — although Tesla stated clearly in the detailed Model Y specs that the car is ‘not equipped with towing’, potential owners and enthusiasts thought there was something under the rear diffuser panel.

Tesla was right, there is nothing inside that panel — although in an earlier review another YouTuber Tesla Raj measured a lot of areas of the Model Y with a measuring tape but he wasn’t able to pull this rear diffuser cover out for checking what’s inside, Brian had the privilege to play with his own Model Y, so he dared.

He put his Model Y on the lift and started pulling the cover off the diffuser (not recommended for non-technical owners), it is almost hollow inside and there doesn’t seem to be any mounting holes in this area, the crash bar is just right behind the diffuser cover, a couple of bolts on either sides might be useful for an aftermarket tow hitch.

Trailer hitch for Tesla Model 3 has never been introduced for the North American market, it was only introduced in Europe last year after being in production for almost two years, the European Tesla Model 3 tow hitch has a 910 kg (2,006 lbs) of towing capacity — Model Y might get the same treatment when production starts at Giga Berlin next year.

To stay tuned with Model Y updates, follow us on Google News