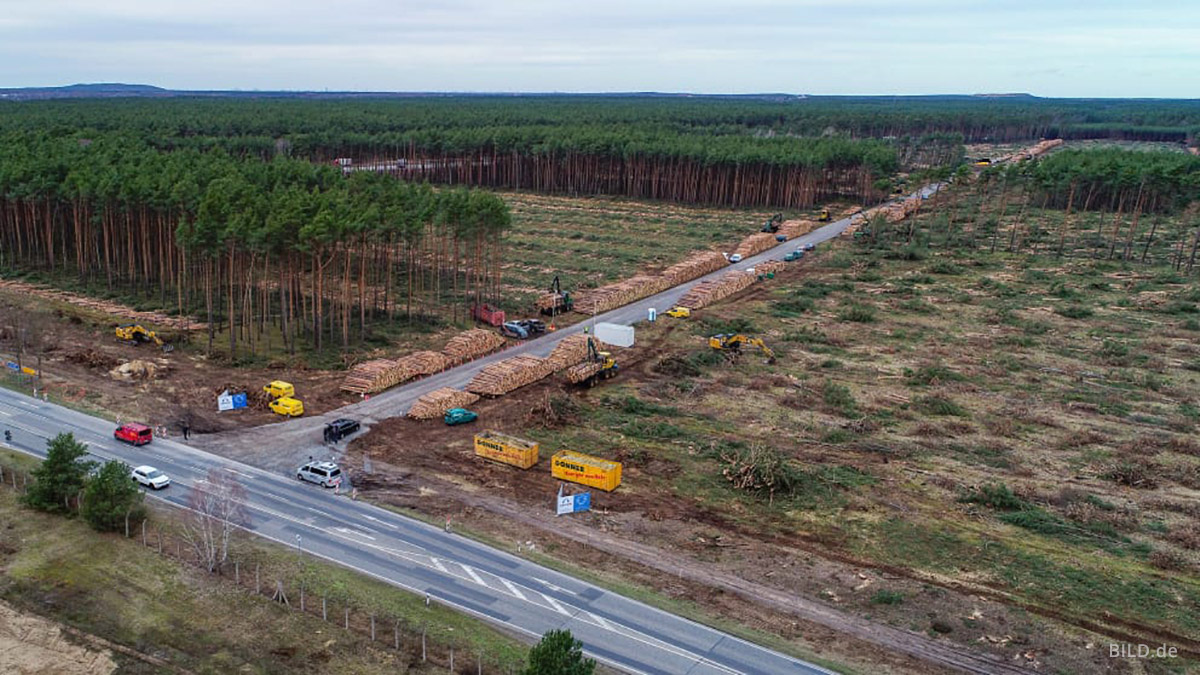 Tesla is now permitted to resume with the tree plantation removal work at the Giga Berlin site in Grünheide as the Higher Administrative Court (OVG) Berlin-Brandenburg dismissed the application from local environmentalist groups that had resulted in a temporary halt earlier this week.

Due to the urgent nature of the case, judges of the Brandenburg court had to sit late evening to release a judgment (OVG 11 S 8.20) — because from March the wildlife breeding season starts in Germany and the tree felling is to be paused until autumn, i.e. around 9 months of stoppage time, if the trees are not cleared in the next couple of weeks — one week has already been lost due to the previous order.

Brandenburg’s Minister of Economics Jörg Steinbach told the German news outlet BILD that “This order can not be contested, We take the decision with great relief”.

#GigaBerlin
The complaint of the " environmental associations " against TESLA was dismissed ✌👊🍾
Tesla can continue working.🤩👍 pic.twitter.com/7BnoHVIGca

The featured photo above was published by BILD (Patrick Pleul / DPA) that shows the forest clearing work has been restarted again — according to the following latest video from the Giga Berlin site, there has been a lot of activity at Grünheide, Tesla enthusiasts and fans also have gathered around taking photos and videos from their cameras and drones, meaning we will have an unlimited supply of pics and fresh footage from the scene like the Gigafactory Shanghai in the past year.

Tesla has started hiring for the Gigafactory Berlin and has currently posted more than 45 jobs on their official website in the areas of Information Technology, Manufacturing, Supply Chain, and Engineering when complete Giga Berlin is expected to provide around 10,000 jobs and strengthen Germany’s economy by exporting hundreds of thousands of electric cars per year to the entire European region in the coming years.

We will be providing timely updates on the Giga Berlin development in the coming months and years, stay tuned (Latest updates on Giga Berlin on our new website TeslaOracle.com/tag/giga-berlin).

It's really busy here now. A lot of ppl, cameras and drones. pic.twitter.com/orbgvxgWap