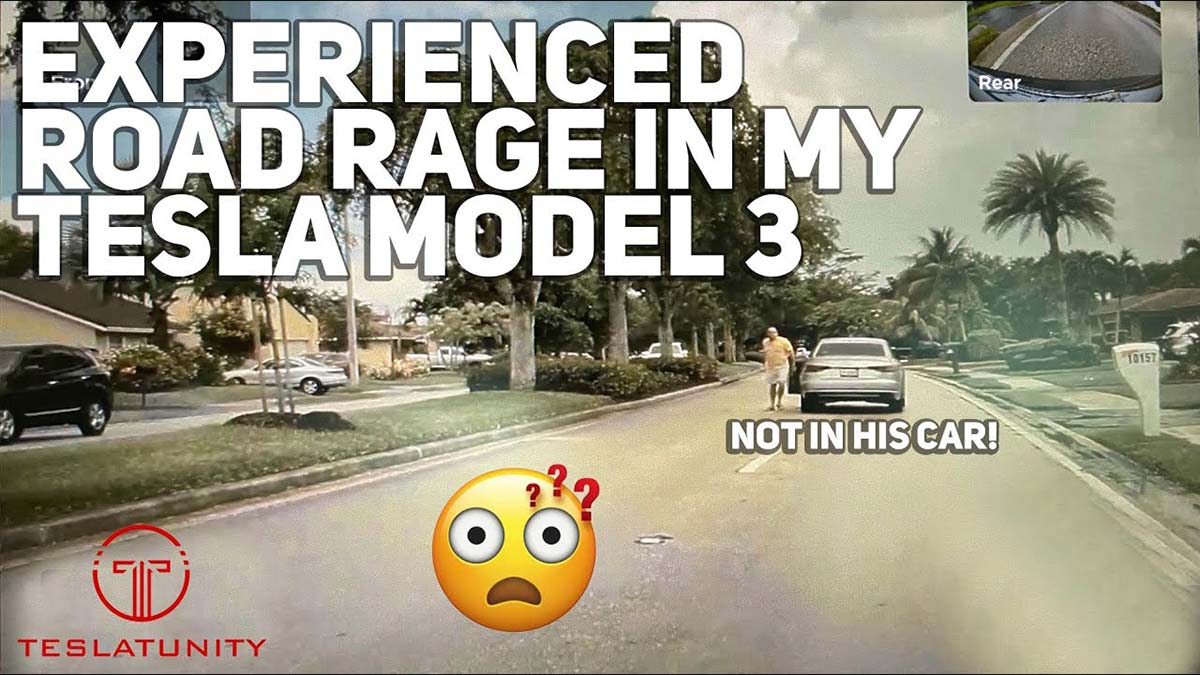 I originally wrote this article on our new Tesla news website TeslaOracle.com

Michael Bodner who is also known as ‘TeslaTunity’ in the Tesla community experiences some bad road rage while driving his Model 3 in Florida — while this doesn’t seem to be a direct enmity with electric cars or Tesla but we cannot rule out this phenomenon. looking at the footage several times makes me think it might be a probability that the Audi driver has a grudge on Teslas.

What traditional car owners don’t realize is that there is a feature called Sentry Mode in Tesla cars that saves video clips from one forward, two side-repeater, and the rear backup cameras as soon as a Tesla driver honks or while the car is parked and senses danger, it wakes up and starts recording video.

This is what has happened with this crazy guy who was most probably having a bad day and on top of that the Cadillac cut him off at the intersection and for no apparent reason he started to drive as slow as 10 mph and Michael had to overtake him to move forward at his own pace.

This pissed the Audi driver further and he jammed his breaks in the middle of the road blocking the Tesla Model 3 and moments later got out of his car and started walking towards Michael’s car — Michael acted as a wise person and taking advantage of the opportunity of backing up, he flew from the location, avoiding a possibly dangerous encounter.

Michael further described the situation in response to a comment on his video asking for more clarity of the situation or if the Model 3 driver was also at fault or is hiding a video clip that shows why the Audi driver got so much angry:

When I was overtaking him, he intentionally swerved into me so I honked which triggered the save clip on honk feature. You get 10 minutes back and 5 seconds forward of the honk. I jumped videos because I had too and then tried to scrub to the next relevant part. As I rewatch, the part in the video that is missing could be relevant. There were 2 more speed bumps before the stop sign and he was glued to my bumper the entire time. Basically went from 40 in a 25, to 10 in a 25, to ride my bumper when I went around him. Clearly getting cut off by the Cadillac pissed him off and me overtaking him set him off. One thing is for sure though … I wasn’t going to stick around to see what he wanted to talk around. He easily could have been carrying and easily could have been having the worst day of his life.

Tesla Sentry Mode was actually invented when the Model 3 window break-ins were on the rise since 2018 and into 2019, and since then several vandals have been caught red-handed by Tesla vehicles either keying the cars or jump-smashing the windscreen — this feature almost ended the rising Tesla vandalism when two guys from Sacramento, CA turned themselves to the police as the video went super-viral to the point that mainstream media also covered the event.

Let us know in the comments section if Michael did the right thing by fleeing the scene with recorded video clips with a readable license plate for proof of road rage.