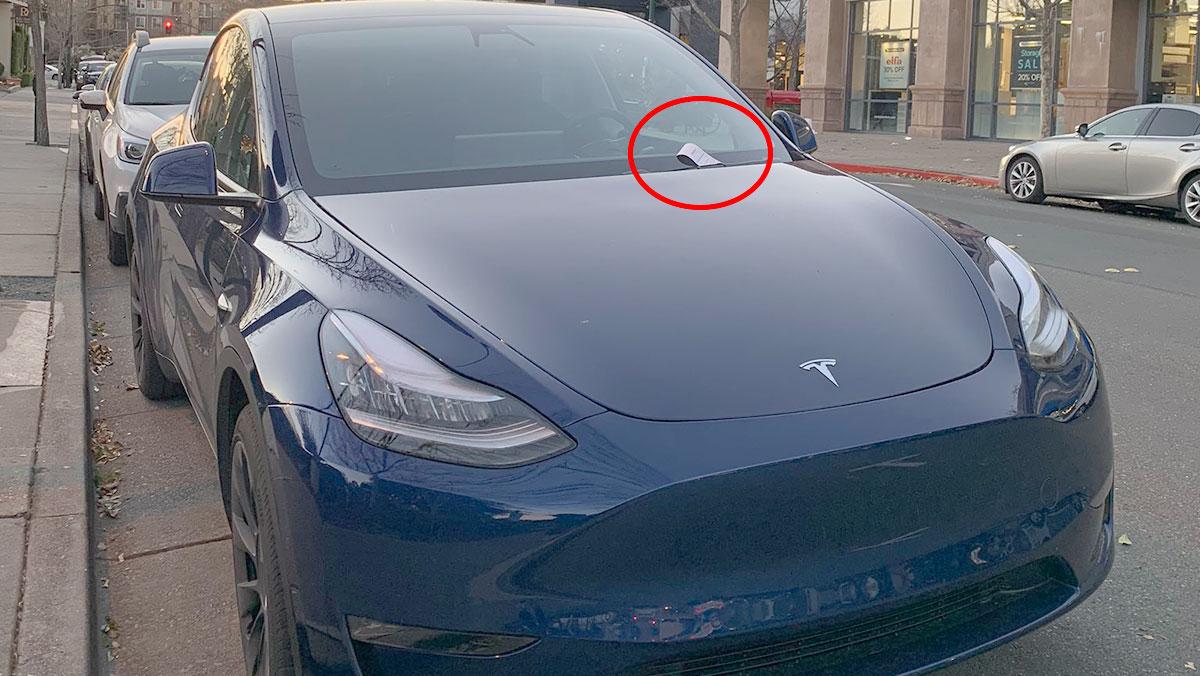 Tesla Model Y gets a parking ticket for the first time ever in East Bay, CA

The crown of getting the first-ever ticket for a Tesla Model Y goes to a blue prototype from East Bay, California — @TeslaOwnersEBay saw a parked Tesla Model Y in the area and was surprised to see a parking ticket attached to the car, however with the manufacturer plates on the car Tesla will be responsible to pay or defend the ticket.

In the past, we have extensively covered Tesla Model 3 spottings but there has been no such incident we were able to report in several years — however, the guy was able to get us a cool short video and some great pics of this blue Tesla Model Y.

Interestingly this prototype was equipped with the new ‘Induction Wheels’ that are available in the Tesla online Model Y configurator for an additiona US$2,000 — in contrast to the Model 3, Model Y has all trims chrome deleted including the door handles and the wheels are also black.

No tow hitch, chrome delete looks good. Didn’t have a measure but seems to be 20” rims but for a performance, no performance red calipers. pic.twitter.com/a1ZC68nAax

So, with Manufacturers plates on, who pays for the parking ticket @elonmusk ? 🤣 Performance 5-seat @tesla #ModelY sighted today in the East Bay. Watch with sound on. 🤔 #hellateslas pic.twitter.com/eVnvAaQ3LR

Although the photographer took the chance to film the interior of the Model Y from the front windows, still he was not able to record the 3rd-row seats due to the dark window tinting applied to the rear windows, we have a little collection of photos and a short video clip of Model Y 3rd-row seats from the past spottings.

Since Tesla has prepped up the Model Y assembly line at the Fremont car factory, the delivery timeline for the cars have slashed back to March 2020 instead of the originally estimated timeline of Summer this year, the more interesting thing that has recently happened is that EPA range of the Model Y jumped from 280 miles to 315 miles on a single charge (100%), this time Tesla successfully sandbagged the range numbers but Porsche failed with the Taycan in this regard, Tesla stole the sandbagging crown from Porsche this time.