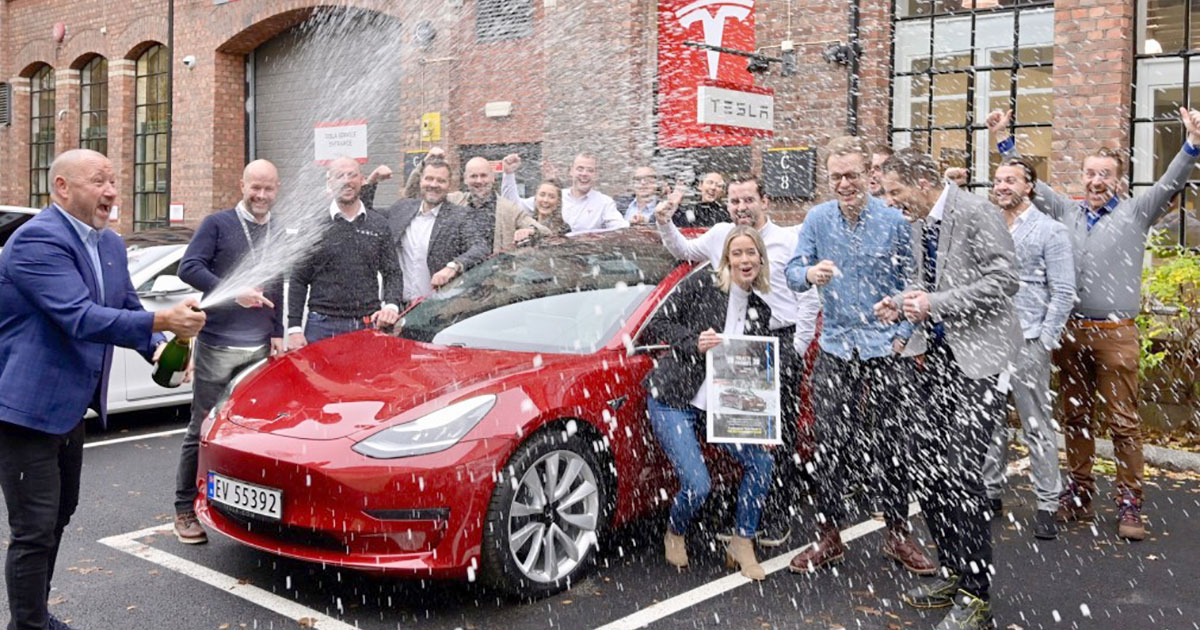 Norwegians vote Tesla Model 3 their 2020 car of the year

No doubt the people of Norway love electric cars but Tesla Model 3 has been the most beloved of them all since its first appearance in the country earlier this year — and EV sales graphs have shown record-breaking trends.

In a recent survey by Norway’s large news and automotive website Dinside.no, the people of Norge chose Tesla Model 3 as their favorite car for 2020, Model 3 received an overwhelming 30%+ of the votes (there’s a long list of electric and combustion engine cars currently sold in Norway, this is just amazing).

In just 8 months of its presence in the country Tesla Model 3 broke the all-time sales record of the Model X in September, a trend never before seen in Norway.

The people in Norway choose Tesla Model 3 as car of the year 2020.
It got 32% of the readers votes 🇧🇻🥳💪🏆@Tesla @elonmusk @TeslaClubNorway
Source: https://t.co/q2gsVkuhID pic.twitter.com/ivFHV55jdL

Norway has become a heaven for Tesla with the help of favorable government policies, large and accessible Supercharger network, awareness and willingness of the masses to convert to electric vehicles for the betterment of the future generations.

The Dinside.no article states why Norwegians prefer Tesla Model 3 over other cars (via Google Translate):

It is the sum of price, practicality, safety and electric range that makes the Model 3 so attractive. Norwegians clearly state that they would like to choose an emission-free car as the family’s main car if they get a good alternative at the right price. We feel that Model 3 hits well on what Norwegian families want.

The following Norwegian EV registration table by ElbilStatistikk.no shows VW eGolf is 2nd in 2019 behind the Model 3 but Model 3 leads by 5,285 units, Nissan Leaf sold only about 50% compared to the Tesla Model 3.

Another data table from TeslaStats.no shows the information break-up of Tesla Model 3 cars sold in Norway till date with respect to model year, color, and variants — looking at this detailed information, we see that the solid black color is the favorite of Norwegians followed by the Gray (Midnight Silver Metallic) and the most popular variant is the Long Range All-Wheel-Drive (LR AWD).

More solid black color Model 3s might be due to the fact that before July it was the default included color, later on Tesla made the Pearl White Multi-coat the default color, however, Tesla Model 3 is scoring aces all around the world be it China, United States, Canada, the UK or Europe.