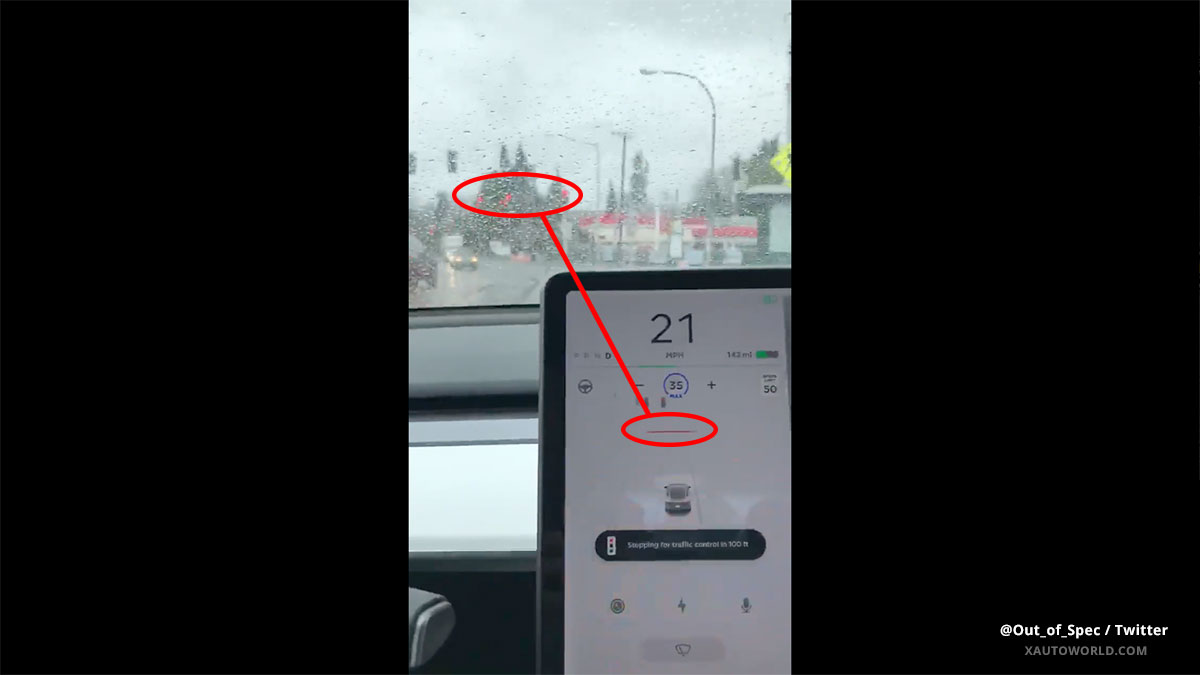 The latest version of the Tesla firmware version is 2020.12.1 which is just an improvement and bug fixing update over the larger 2020.8 software version that went on wide release earlier this month but did not include a major Autopilot or Full Self-Driving (FSD) feature as part of the package.

Tesla teased the stop signs and red lights visualizations in the final software update of last year i.e. the feature-packed 2019.40.50 firmware version — this was just the ‘preview’ of this FSD feature that is now due in the next update.

The next Autopilot update will stop for red lights and stop signs automatically. pic.twitter.com/JddyJ363Ub

The Tesla Model 3 showing the actual function in the above video must have been enrolled in the Tesla Early Access Program (EAP) that allows a select group of Tesla owners to experience and test the latest firmware updates before they go on wide release to the entire Tesla fleet, however, several FSD features are limited to the United States and North American due to regulatory issues in Europe and elsewhere.

We can witness that the Tesla vehicle in the above video sees the red lights from a good distance and shows a red line approaching the car way before reaching the red or green lights and automatically brakes at the red signal resulting in a complete stop.

If Tesla deploys the “Recognize and respond to traffic lights and stop signs” feature in the next over-the-air software update, there will only one feature left in the list of the FSD features which is “Automatic driving on city streets” and this one will be the toughest but whenever it rolls out Elon Musk’s dream of a Robotaxi fleet will be closer than ever, a final disruption sentence to legacy auto manufacturers.

In the above screenshot from the Tesla online car configurator I have circled the FSD features that Tesla has already deployed in green and the ones that are still on the to-do list are marked with red, those are only two that I have mentioned above — the Smart Summon, auto perpendicular & parallel park, and Navigate on Autopilot + auto lane change features are already being used in North America, some hurdles still for Europe.

Tesla owners are super excited for the Stop Sign and Red Lights auto stop feature — Tesla has made them addicted to the over-the-air software updates that happen time to time, Tesla has even opened a new revenue stream by offering paid updates that like the $2,000 upgrade for the Model 3 AWD that enhances the car’s 0-60 mph from 4.4s to 3.9s.