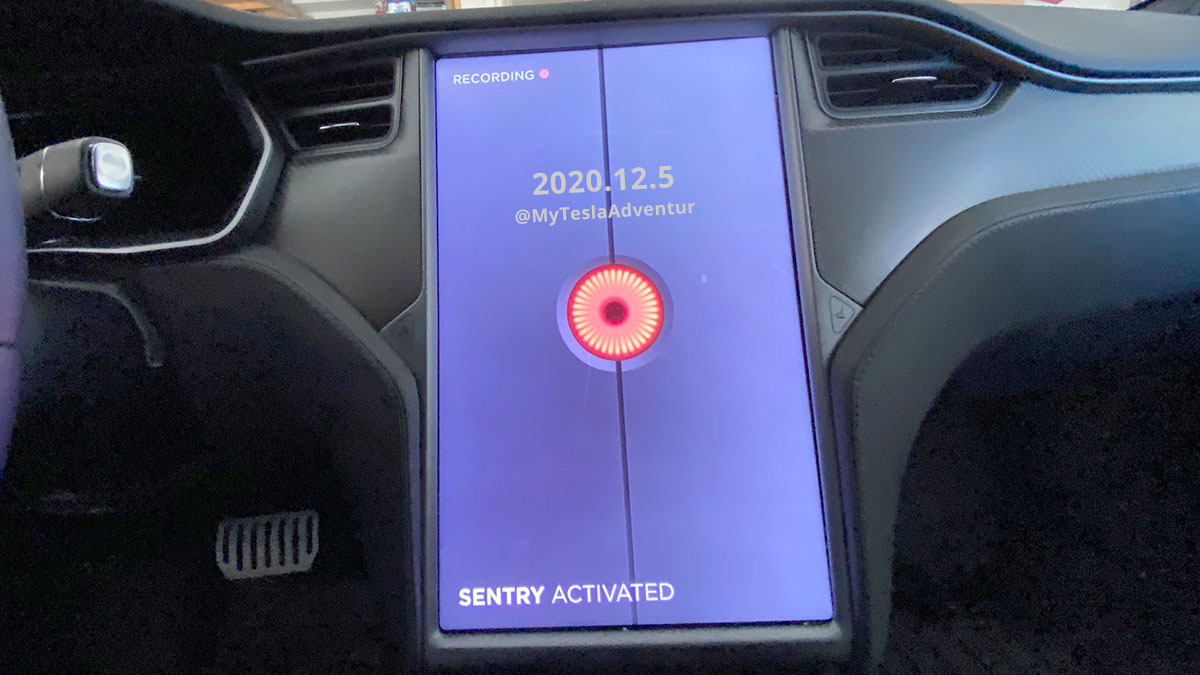 Fleet-wide roll out of the latest Tesla firmware update i.e. version 2020.12.5 has begun which carries some new features such as modifications to the Sentry Mode graphics and deployment of the Dashcam Viewer we previously reported.

Tesla has now changed the Sentry Mode eye icon to the new Sentry Turret design from the previous HAL9000 eye, reportedly due to intellectual property issues, same as at the time of the feature’s launch, the automaker had to remove the Cookie Monster Sentry Mode promo video on the concerns of Sesame Street.

The new Sentry Mode eye also looks good, shouldn’t be an issue with Tesla owners, Eli from My Tesla Adventure who posted the 2020.12.5 update video (below) and other owners do like the new graphics.

The Dashcam Viewer’s ‘video clip browsing interface’ has a long vertical scroll where the owner can ‘view’ the clips for review of the Sentry Mode events and even ‘delete’ the video clips that are not useful — the UI has three tabs on the top as we can see in the video above, ‘All’, ‘Sentry’, and ‘Dashcam’ to jump to the desired type of video clips — the ‘Search’ function is not visible right now but would be useful as Sentry Mode clips are stack up quite a bit over time (Dashcam Viewer release notes and how to).

Tesla CEO Elon Musk also gave an ‘OK’ signal to a ‘Stealth Sentry Mode‘ option in response to a request by a Tesla owner, the stealth mode will basically not blink the headlights, no music or horns, and the center screen will not show the watching eye so that the perpetrator doesn’t get alarmed, might be useful in some situations, like the 2 guys from Sacramento didn’t know they were being recorded and , later on, they were held by the Police and paid for keying a Tesla Model 3.

Out of Order Supercharger Stalls

Tesla has added this new nifty but useful feature that tells the driver in advance about the number of Superchargers available and how many at a specific location are ‘out of order’, the 2020.12.5 release notes describe this feature as:

Update: Trevor from Tesla Owners Online just released the following detailed review video of the 2020.12.5 Tesla update, worth the watch for looking at the new features closely.

Check this out!
New feature in the Tesla software, it will show you how many stalls are out of order. pic.twitter.com/kkNRSfunpu

Related: What part Tesla is playing the COVID-19 pandemic?