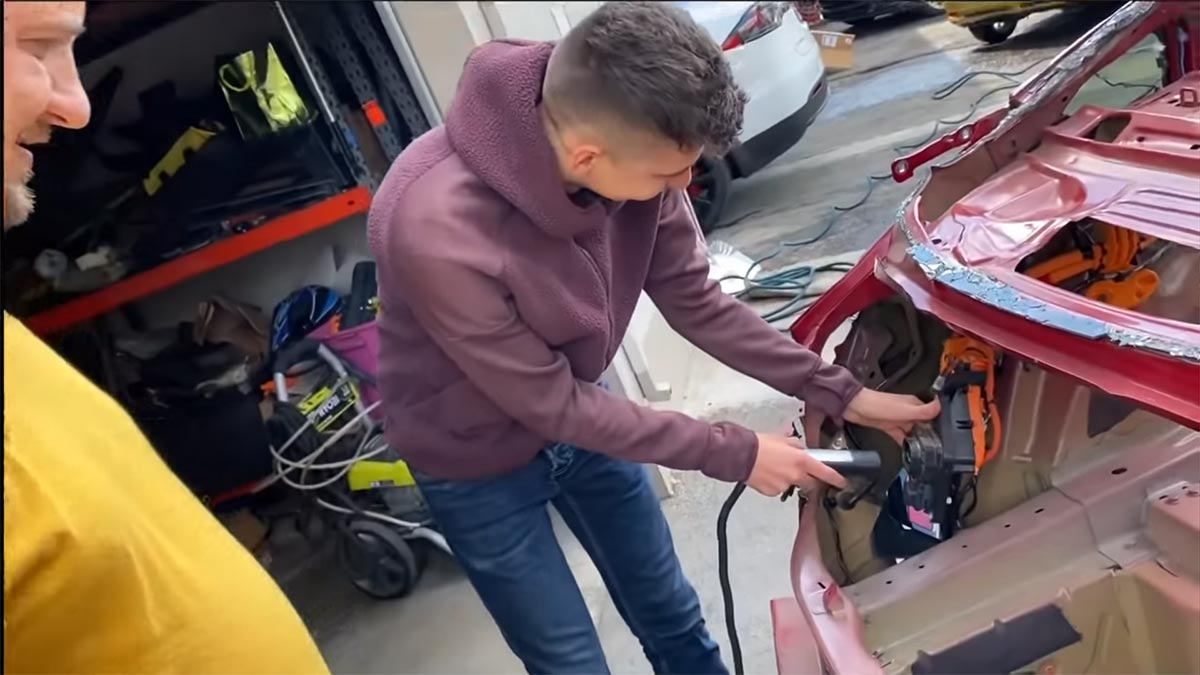 This wrecked Tesla Model 3 can still charge and launch (video)

Despite the body frame of this Tesla Model 3 Performance has been totally damaged, the car has managed to live, the chassis and electrical and electronic components of the safest car on the planet somehow stayed intact during the several times it rolled-over during the incident that leads to its current visual condition.

Oleg K. who is the current owner of this damaged Model 3 is willing to sell it for the best bid he thinks is worthy of this car but till now it hasn’t been sold yet I guess.

When the first videos of this wrecked Model 3 running down the street appeared, I covered the story earlier this month but seeing the battery pack being able to charge in the following video is just crazy, even more insane is the fact that it is able to load Track Mode and launch to its full acceleration.

However, the center touchscreen of this Model 3 shows ‘Factory Mode’ watermark, perhaps upon getting damaged, the car automatically brought itself into this mode to get the required service and repairs done, the AI is also working on this one that means.

Looks like, until last reports, the highest bid that Oleg got for this destroyed beauty is $4,550 — in my opinion, this price is very low as the entire battery pack is unharmed and still able to take charge, other components like the wheels + performance tires, and the entire chassis is also intact that can be used to install a new shell body to it.

Tesla Model 3 battery pack which is ~75 kWh, is alone worth more than that if we consider the battery cost of around $100 per kWh.

Hopefully, the owner gets a bid from someone like Jack Rickard from EVTV who often uses salvaged Tesla battery packs for his own projects (e.g. building stationary batteries used to power homes with solar charging). Or, maybe this could be a new project for someone like Rich Rebuilds.

This article was originally published on Tesla Oracle.