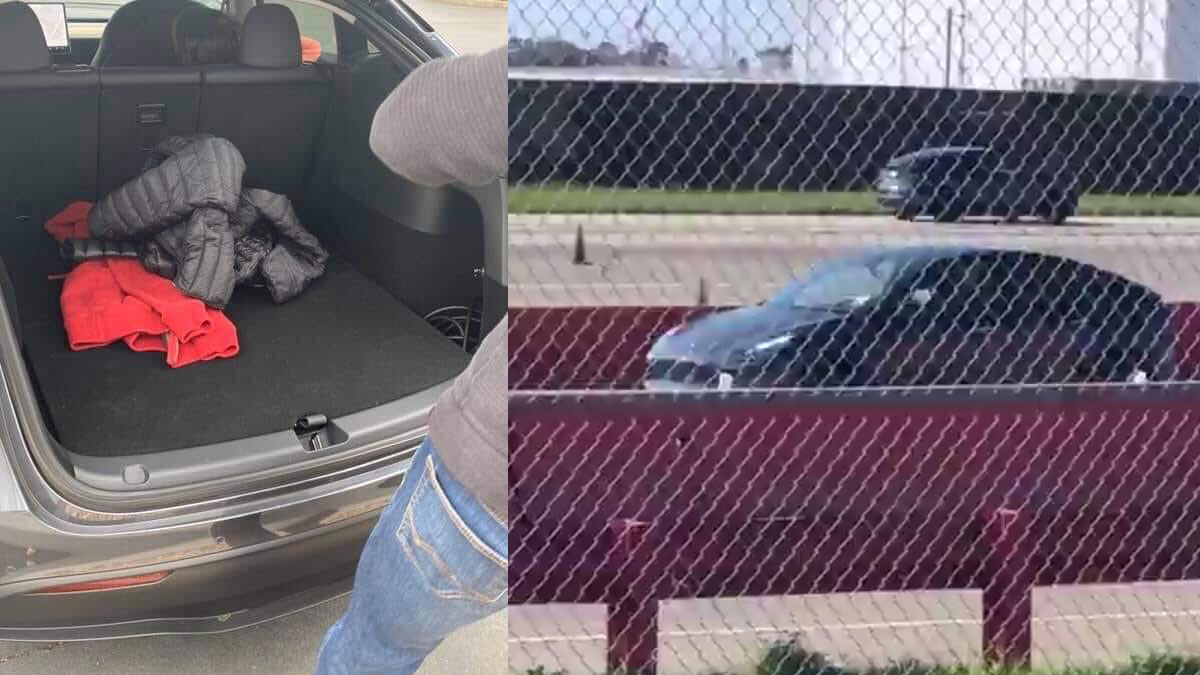 A rare photo of the Tesla Model Y trunk has emerged online that shows the huge cargo space that the compact electric SUV has to offer to its owners who have already received confirmations for March deliveries from the Silicon Valley-based automaker.

Tesla has from the start claimed a 66 cubic feet (ft³) of luggage space of the Model Y that is more than 4x the Tesla Model 3 cargo volume, of course, this much baggage capacity would be achieved with the 3rd-row seats either down or not present including the frunk.

Tesla Model Y being a hatch-back has also a large opening of the trunk which is again an advantage over the Model 3’s smaller trunk lid to store and access the rear luggage area — the following Model Y trunk photo shows exactly that huge opening. I also have brightened the original photo a bit to see more clearly inside, either the 3rd-row seats are flattened or are not installed in this prototype. 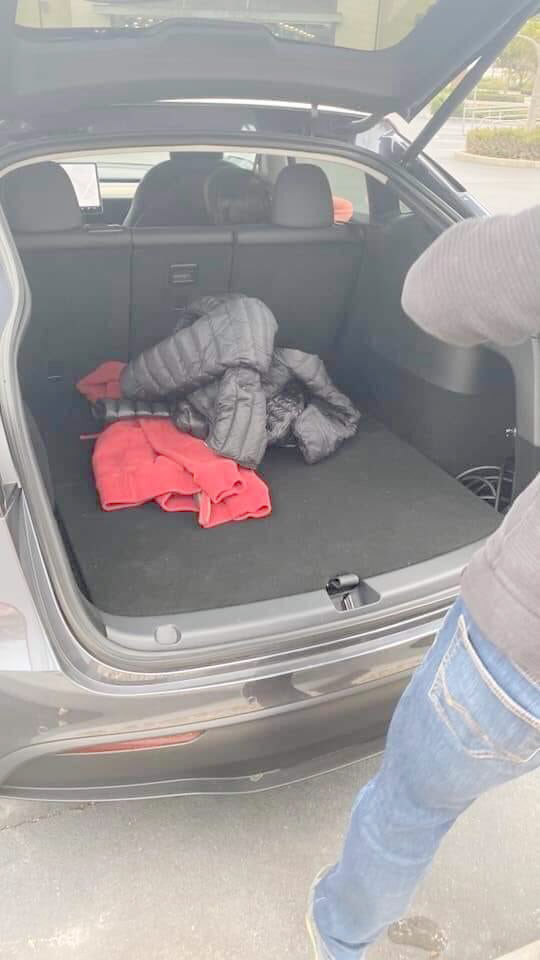 Looking closely at the picture above I just noticed that even the 2nd-row seats are somewhat 40-20-40 split and if I am not mistaken, the 2nd-row seats also seem to be foldable flat, providing the next-level of luggage area capacity, if the 2nd-row is foldable like the 5-seat Model X configuration, I am sure one or two persons with a normal height can easily fit in that space and have a rest on long trips or while camping.

As Tesla is in full preparations of starting deliveries next month and include the Model Y numbers to the Q1′ 2020 sales figures, a Tesla enthusiast went pass the Fremont car factory where he found out the back yard is full of Tesla Model Y and Model 3 frames, some ‘body in white’ and some were painted. He was also able to record a video of the Model Y being tested on the car factory’s on campus test track, probaly a Performance version of the Y.

Although Nicolae B. didn’t notice any delivery trucks loaded with the Tesla Model Ys but according to a source of Tesla Owners of Massachussets (@TeslaOwnersofMA/Twitter), the Performance variant of the Tesla Model Y is currently being produced in large numbers at the Fremont car factory and soon we will be able to witness first deliveries of the Model Y Performance.

Today I drove around Tesla factory... here is what I saw... model Y (all performance) under production... in mix with X/S/3 , from what I noticed not big volume of Y , no Y on delivery trucks yet. @NYKChannel @thirdrowtesla @vincent13031925 @Model3Owners pic.twitter.com/hj1rccuOmm