Elon Musk drove the Cybertruck on the weekend with Franz and friends (video, pics)

Tesla Cybertuck is no dummy, it’s a real radical, futuristic, and functional pickup truck — according to the latest reports, Tesla CEO Elon Musk has been spotted driving the stainless steel armored machine on the weekend with none other than the Chief Designer aka ‘The Cyber Window Smasher‘ Franz von Holzhausen and other friends.

The above pic (HD version below) was taken at the parking lot of an upscale Japanese restaurant in Los Angeles named Nobu, we can see Elon Musk’s friends and Franz present in the picture, according to u/v2rockxket who took the picture and his father even talked to Franz, the Cybertruck was driven by Elon himself.

The Cybertruck was first seen yesterday evening near the LA Airport (LAX), which has been making rounds on the internet but no one knew that Elon was at the driving seat, another Tesla owner posted the following video of the Cybertruck cruising fast on the 405 Freeway in California around the same time.

By looking at the above video we can see that the Cybertruck has the acceleration of a typical Tesla, it is fast, although it’s not crystal clear that Elon Musk is driving the thing but since it is confirmed by other sources, he definitely was driving it.

Cody Simms was the first to spot the Cybertruck near LAX and then the rest of the video and pics started to sprout online, Tesla Cybertruck is definitely here to disrupt and make history, and since Tesla has decided to start production 1 year earlier than the initial estimated time, we will start seeing it with owners from 2021 onwards.

According to witnesses at the Nobu, Elon Musk did not hand over the Tesla Cybertruck to valet, instead he handed it over to a Tesla employee from his chase car, of course this prototype is one of a kind in the entire world.

Cybertruck in the wild near LAX pic.twitter.com/E4FW4KCkgS 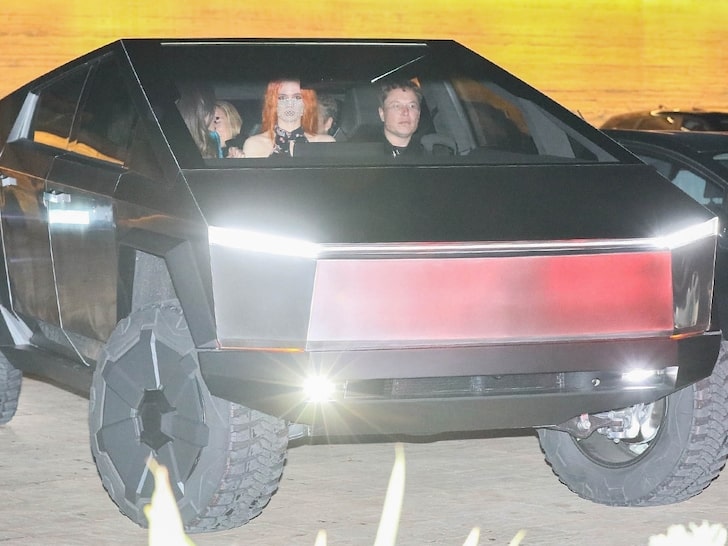