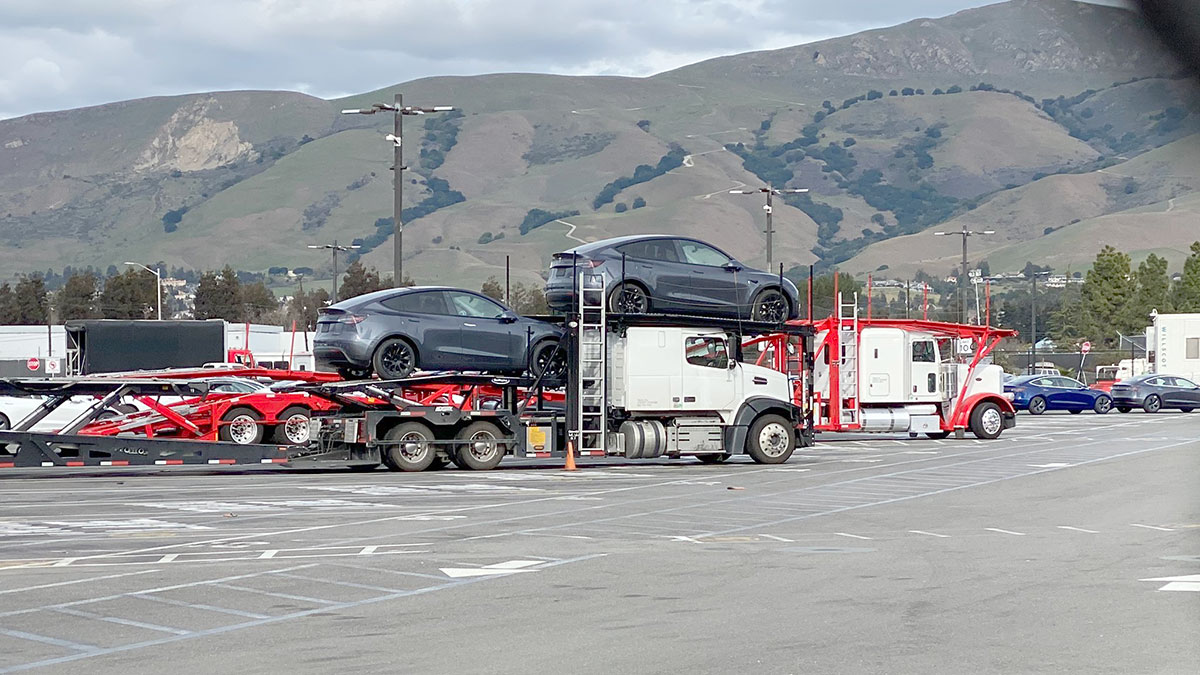 Possibly Tesla is aiming to start the Model Y deliveries across the country or at least on both east and west coasts simultaneously to delight the owners in contrast to the Tesla Model 3 customers that had to wait months and years to get their cars delivered — Tesla has gotten smarter and more efficient at production and deliveries, thanks to the Model 3 production and delivery logistics hell in the past.

According to reports by the Tesla community members, the car carriers leaving from the Fremont factory are in dozens, Tesla is aiming to start the Model Y handovers from 15th March, trailers leaving today or tomorrow can easily reach anywhere in the country way before then and go through SOPs at the Tesla Stores before deliveries start.

You're going to see a lot of these. pic.twitter.com/7jE9cuxYdC

Posted most probably by one of the semi-trailer drivers, the following short video clip from the automaker’s Fremont factory shows the Tesla Model Y production vehicle’s walkthrough overview of the exterior and interior of the car  — surprisingly, the Model Y really looks significantly larger than expected in this footage, like the guy in the video says ‘looks like an X Model’, but it’s smaller than the Model X for sure (Related: Tesla Transport Mode).

The detailed interior photos of the Model Y interior that we reported last evening to illustrate the expansiveness of the cabin compared to the Model 3, the continuous glass roof without the B-pillar extension across the roof gives the Model Y interior a more premium look. By the way, that is not chrome trim on one side of the Model Y we see in the video below, it is protective tape to avoid possible transit time atrocities.