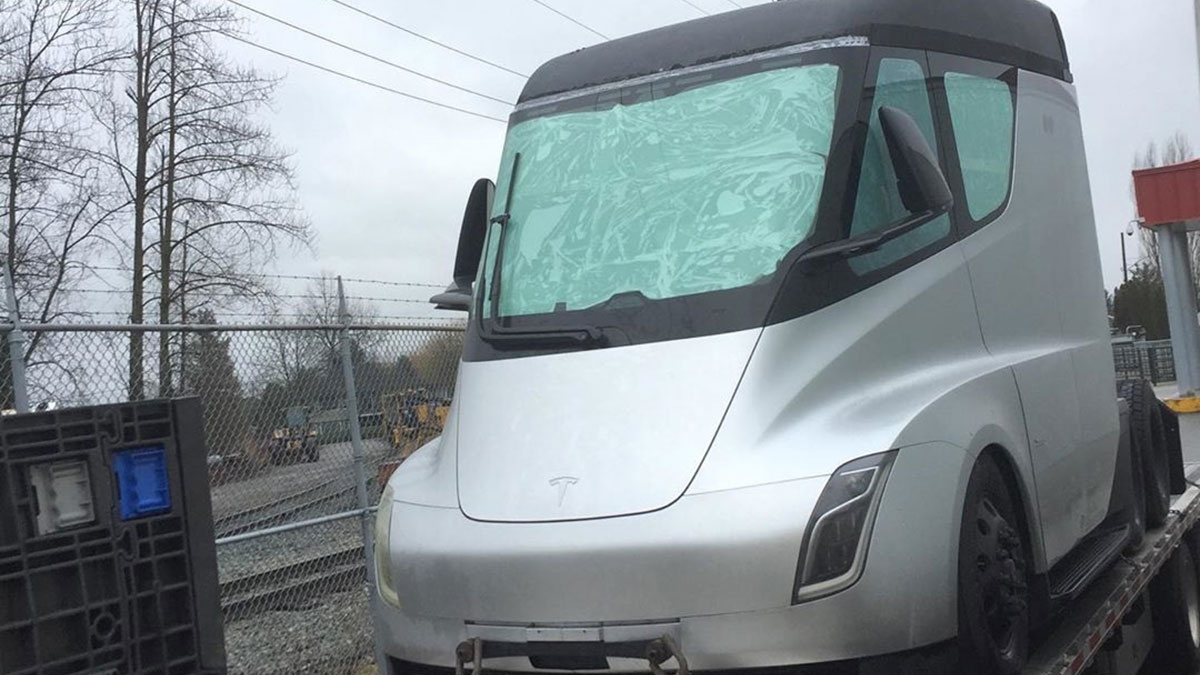 After quite a while, a Tesla Semi Truck prototype is spotted in Canada for the first time, an unlikely place for the truck to be but the most probable cause for this seems to be the cold-weather testing in the extreme Canadian winter temperatures.

Testing the Tesla Semi in Canada is very important for the Silicon Valley-based automaker as Walmart Canada has a 30 truck order already in place with Tesla and there may be other existing or potential customers in the region. It is a norm that Telsa takes the Semi Truck prototypes to their customers for demonstration purposes as we saw in the drone videos from Yandell Logistics.

Multiple Instagram accounts from Canada (@jasonlennox8157 and @ryanmacinnes) posted pictures of the Silver Tesla Semi bobtail loaded on a large semi-trailer seen around the Huntingdon, British Columbia, Canada-US border crossing. (Updated the location, thanks to Jason Low for the correction comment).

Saw this at the border today. #tesla

The same Tesla Semi is also spotted by a Canadian news website (infonews.ca) and this time it was traveling on the trailer bed around Ashcroft which is near to the Abbotsford and the US border closer to the west coast as we can see in their tweet above.

Also, this is not a two-toned Tesla Semi prototype, this is the same Silver prototype with top cover removed during travel to reduce the height of the truck and avoid unnecessary weight and drag while tied to a trailer bed, interestingly, the manufacturer license plate of the Tesla Semi is also stripped-off e which we normally witness on Tesla prototypes moving around in the United States.

According to an official email that the Tesla Semi team sent to the reservation holders, limited production of the Tesla’s Class-8 electric semi is expected to begin mid of this year, this is again earlier than what was expected from the automaker, like the Tesla Model Y production and delivery timeline, the Semi’s limited production is pulled back by several months.

Um, the Huntingdon border crossing is in Abbotsford, BC, not Huntingdon, Quebec.

Thanks, corrected the location information!