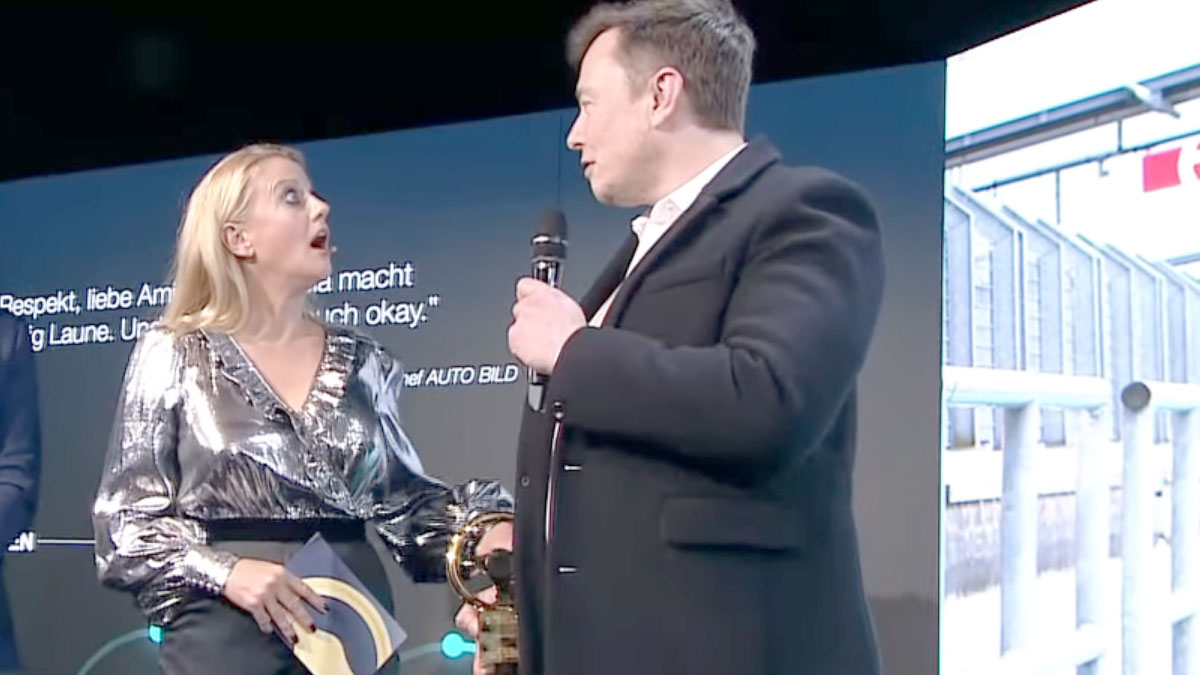 Elon Musk: Gigafactory 4 will be built in Berlin, Starting with Model Y

Elon Musk just confirmed that the Gigafactory 4 Europe will be built in the ‘Berlin area’, the capital of Germany — yesterday we broke the news of the Tesla CEO left for Germany instead of attending the Falcon 9 Starlink launch, nothing could be more important than the next Gigafactory.

The first public announcement of the Gigafactory Berlin was made by Elon Musk while receiving his 3rd ‘Golden Steering award’ by the German auto show ‘Auto Bild’, later on, he tweeted to the rest of the world ‘GIGA BERLIN’.

Another important part in Musk’s tweet thread is the revelation is that the Tesla Model Y will be built first at the Gigafactory 4 rather than the Tesla Model 3 — that makes total sense as there have been some massive Model 3 shipments made to Europe already, delivery Model Y directly to European customers will drive down costs and delivery times.

Tesla Model 3 also won the Gold Steering Award from the German auto show ‘Auto Bild’ and the judge announcing the award was really impressed by the Model 3’s agility, nimbleness, and low cost of ownership.

We’re also going to create an engineering and design center in Berlin because I think Berlin has some of the best art in the world. It’s in the Berlin area near the new airport.

To help you directly jump to Elon’s comments on the Gigafactory and the rest, I have set the following video to start at around 43:15 when Elon Musk breaks the big news.

By offering thousands of new jobs at the Gigafactory Berlin, Tesla Design & Engineering Centers the Silicon Valley-based automaker will be able to reduce the frustration of the native population that fears to lose their jobs at the traditional German automakers like BMW, Audi, and Porsche due to the EV Revolution and Tesla’s disruption.

The announcement of the Gigafactory 4 is a win-win situation for everyone involved, since there is a large talent pool already having experience in the auto manufacturing sector Germany is the ideal place to fetch the best human resource from other companies, even engineers from the Porsche Taycan plant in Zuffenhausen might want to pursue a career at the Gigafactory Berlin.

Still, the Tesla Europe HQ will remain in the Netherlands and shipping cars from Germany to the close Netherlands and the rest of the Benelux countries will be far more efficient than exporting from the United States.

The comments section is always open for your valuable thoughts.