Belgian Federal Police’s beautifully striped Tesla Model S appeared at the 2019 Belgium National Day celebrations — the car was having a blast at the event organized by the authority, a few pictures were posted on social media by the Tesla Owners Club Belgium (gallery below).

The front fascia and headlights tell that this is a pre-facelift Tesla Model S which recently won the Motor Trend’s ultimate car of the year award, looks stunning with the color combination and customizations, not trying to be too police-esque and a sign of fear. 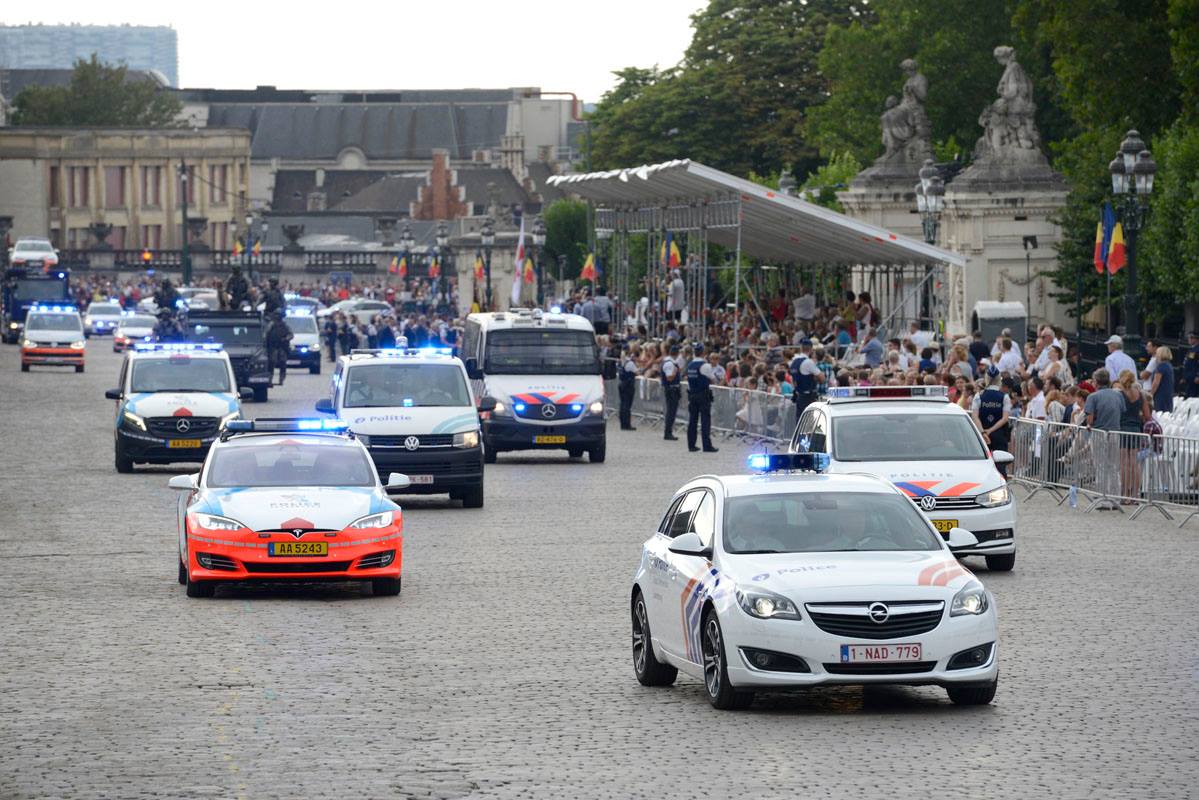 The Tesla Model S visible in this above picture is with the new front fascia and headlights which is the post-facelift Model S, the color scheme of the above car made us curious and we found out that this the Luxembourg Police’s Tesla Model S that took part in the Belgium National Day parade last year.

According to various sources the police officers receive special training to use the Tesla vehicles as they are a bit different in some aspects of driving, autopilot and infotainment, since these are customized police cars that may have special equipment installed as well.