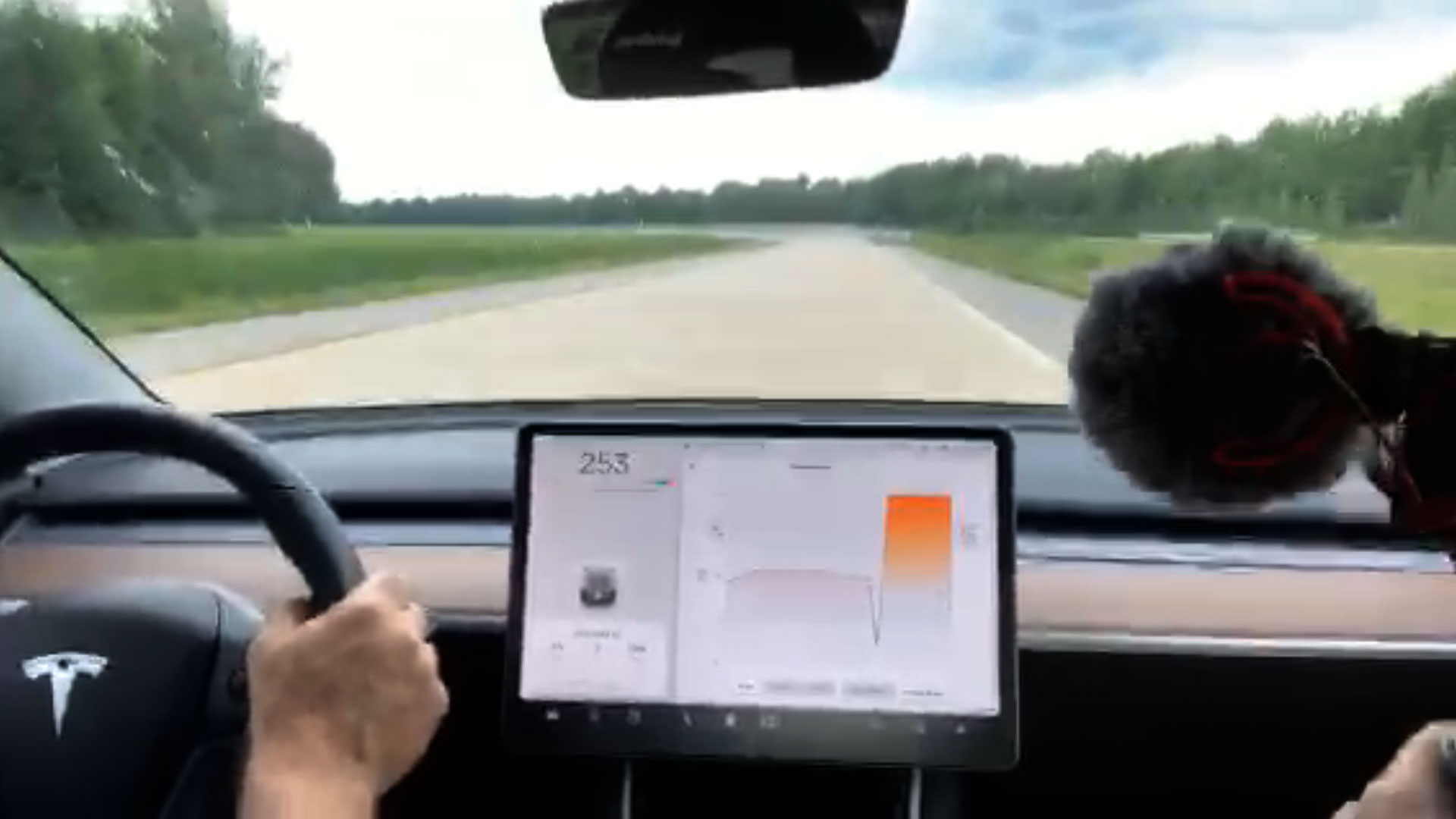 Every now and then our own Ian Pavelko sets out on an adventure with his Tesla Model 3 Performance aka MAGNETO (says the same on its license plate) — in the winter season he set out on a Model 3 snow rally journey in the Canadian wilderness, now he along with Trevor Page of the Tesla Owners Online has pushed the car’s limits by achieving the top-speed of 260 km/h (~162 mph) on the race track.

The interesting thing is the car was at  52% state of charge (SoC) at the start and upon reaching 260 km/h the SoC dropped to 42%, this is impressive as normally guys hitting a race track with an electric car almost always try to top up the battery to the max.

According to Ian if he did not have to pull back a little for a corner, the car would’ve achieved the perfect 261 km/h top speed, but this was not a plane runway, it was a racing circuit. 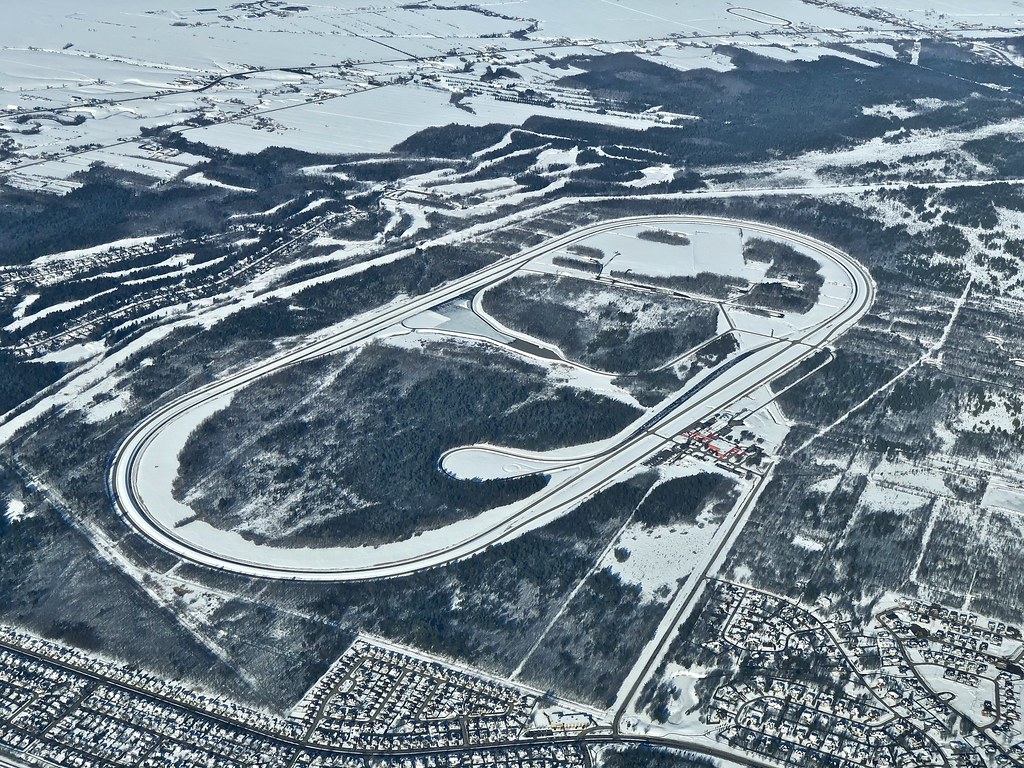 Transport Canada’s PMG Test Track is is ideal for high speed testing as it does not have hairpins (180 degree turns) or zig-zags as we can see in the above aerial photo of the entire race circuit, the Nürburgring race track is totally opposite to this, that’s why the Tesla Model 3 Performance was not able to achieve its top-speed while racing there.

Looks state of the art ! This was one of the few stock photos I could find of the Motor Vehicle Test Centre (MVTC), located in Blainville, Quebec:

“The centre has 545 hectares of land, 6 buildings which include laboratory facilities, and 25 kilometers of test tracks.” pic.twitter.com/ypX9MFpiqC

Ian and Trev’s duo went on a long day at the track and took a Standard Range Plus Model 3 with them for efficiency tests as well with some compelling results, but we’re here for the most exciting stuff, the Model 3 Performanc top-speed, so here we go!

Unfortunately the embedded pscp.tv video cannot be embedded to a web page, so the YouTube version can be watched below from a different angle, the one where Trevor is recording from the passenger seat.

Earlier this year Elon Musk announced that with an over-the-air software update, the Tesla Model 3 Performance’s top-speed will increase from 155 mph (250 km/h) to 162 mph (260 km/h) which now is the officially advertised Model 3 top speed that is tested for the first time. 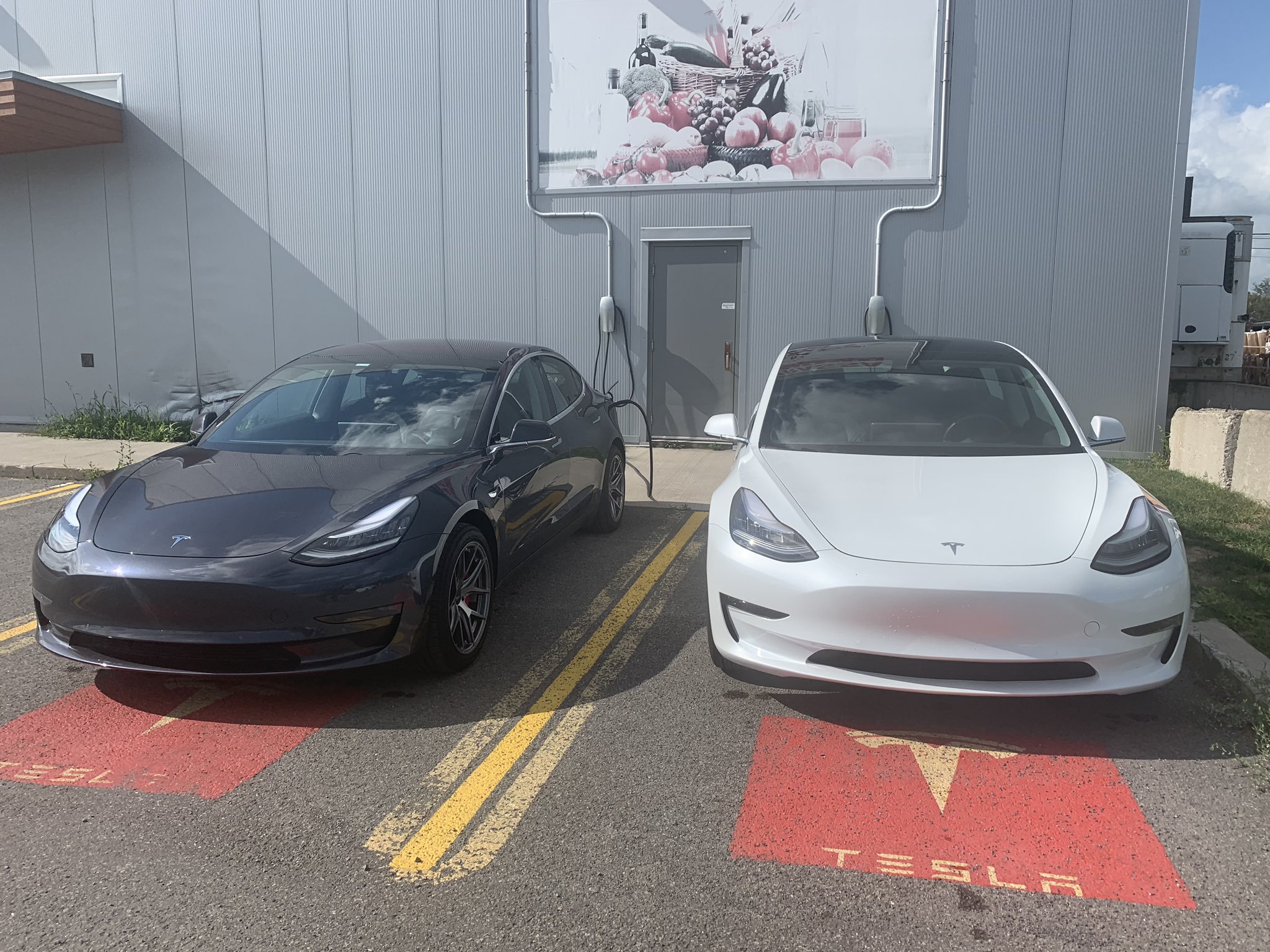