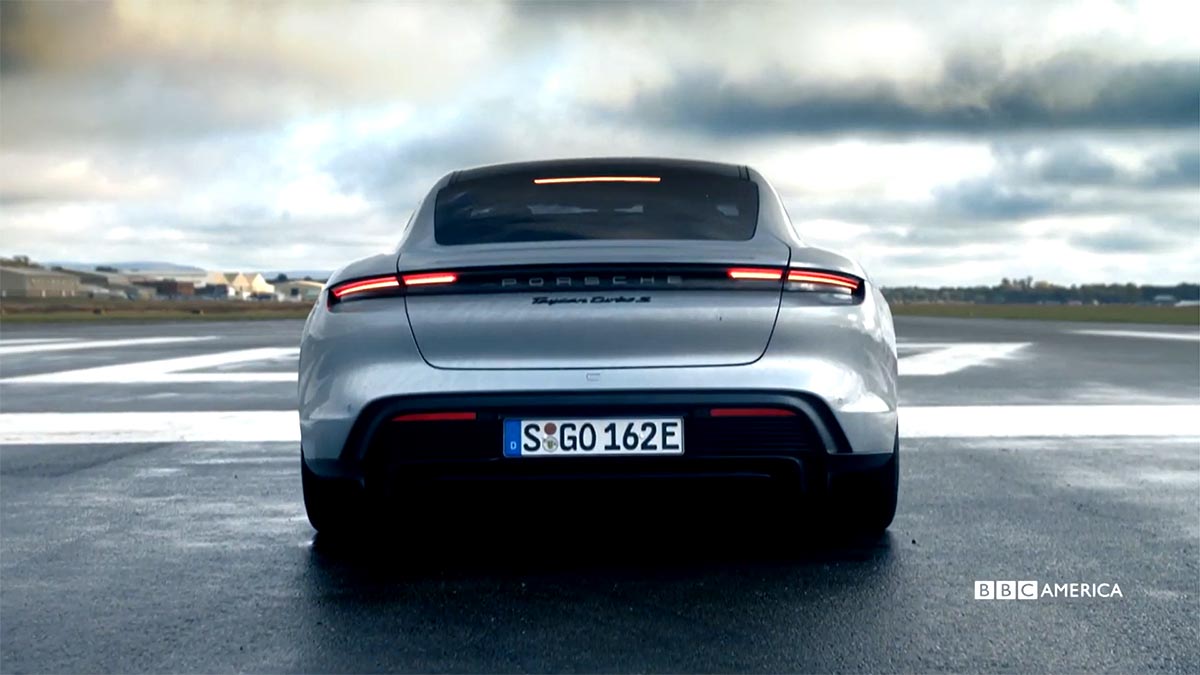 This 2 min 25-sec video is not only the promo of the Top Gear on BBC America episode but also great marketing airtime for Porsche as well. There is no doubt that the Taycan Turbo S is one of the quickest and fastest production cars in the world but it costs a lot of money, a lot i.e. $185,000 MSRP.

The trimmed-down Porsche Taycan 4S is the least expensive variant of the 3 offered, it starts at $103,800 which is still way expensive than the $74,990  Tesla Model S Long Range, the closest Taycan competitor in the electric car marketplace.

However, if we ignore the price tag, it is in my opinion by far the most beautiful electric car out there. And with its sheer power and handling, the Porsche Taycan is an ideal sports car for having fun at the track on the weekend.

But with the range of around 200 miles, the Taycan is not an optimal daily use EV, perhaps Porsche never meant it to be one.

However, BBC Top Gear was caught amid a lot of controversies last year when they showed a drag race between the Porsche Taycan and Tesla Model S P100D. The issue escalated so much that Elon Musk called the TV show ‘low gear’ in a tweet.

The above video clip of the Porsche Taycan Turbo S is actually part of the Fastest Cars of Top Gear Series, and aired in the UK last month (video below).

If Porsche is able to bring the next generation of Taycan with a bit more range i.e. close to 300 miles, it can be a success story on a wider scale, until then it is an enthusiasts’ dream car.

An Electric Car Like No Other
BBC Top Gear