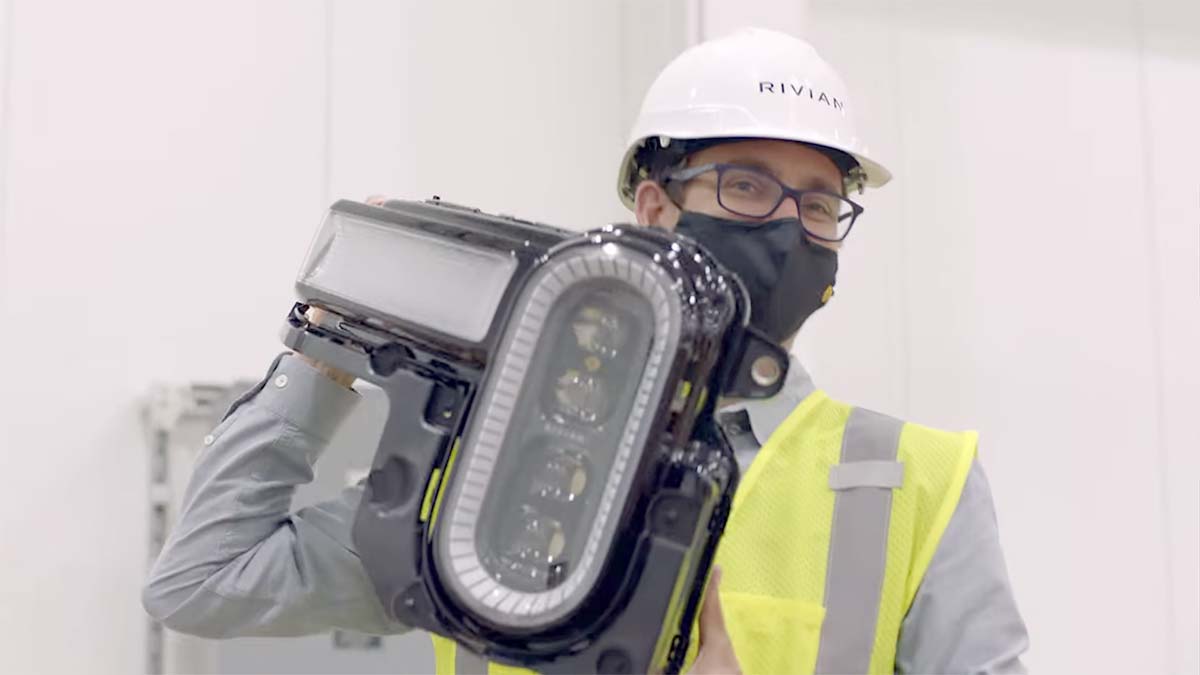 Rivian CEO RJ Scaringe shared the progress of his company in a video towards the goal of starting deliveries of the R1T electric pickup truck next year. With the HQ in Plymouth, Michigan, and the manufacturing plant in Normal, Illinois, the EV startup aims to take over the off-road adventure segment with its initial lineup including a luxury SUV named the R1S.

But the SUV deliveries come a little later down the road, the first thing is the Tesla Cybertruck competitor R1T, which has an overall design similar to a traditional pickup truck but brings great utility and off-roading capabilities to the market.

In the following video, RJ takes us through the company’s manufacturing facility in Normal, IL — Rivian’s video description says:

Years of research and testing, hundreds of partners, thousands of parts, powerful and concrete learning – it’s all coming together right now at our plant in Normal, IL. Watch our latest Progress Report and follow RJ through the plant as our team brings the R1T and R1S to life.

Interestingly, RJ showed the wheel storage area of the factory where we can see two tire types and sizes, the 20″ all-season tires and the 21″ low rolling resistance tires. Most probably these are the two tire configurations Rivian will offer at the time of launching the online configurator that the automaker intends to take live later this year.

Hi Paul! We’re as excited as you are for the launch of our configuration tool later this year. We owe it to you to sweat the details so will be announcing delivery and service details closer to the start of production.

The most interesting part of the Rivian R1T pickup truck that was shown in the video for me was the giant and uniquely designed headlights (see featured pic above), I really love the design, although they seem to be humble when installed on the trucks but really powerful when seen in action.

Rivian already has a pilot production line set up at their factory in Normal, IL as shown in the above photo and video, the automaker says their expected start time of the R1T pickup truck deliveries is June 2021 and for the R1S SUVs it’s estimated to be August.

Looking at the pace of this beta production phase at the Rivian factory, it is safe to say that the new entrant in the electric vehicle arena is not just limited to the early prototypes that they have been taking all over the world, there are multiple test mules that Rivian is testing extensively.

Rivian took two early Rivian R1T trucks for a 13,000-mile journey from Patagonia to Los Angeles last year which includes loads of off-road testing as well that we can witness in the following video.

After Tesla, Rivian is the 2nd pure electric vehicle automaker from the United States, and with the financial backing of giants like Amazon, Ford, and Cox Automotive, it is rising as a true competitor of Tesla.

This situation is becoming the reason for growing tensions between the two companies as Tesla recently sued Rivian alleging the new EV startup is poaching employees and stealing trade secrets from the more established global leader in this market space.

However, more and more electric vehicles that offer great range and performance are going to make the transition towards sustainable transportation a more smooth process and we all wish for such a future.

Let us know your thoughts in the comments section below.