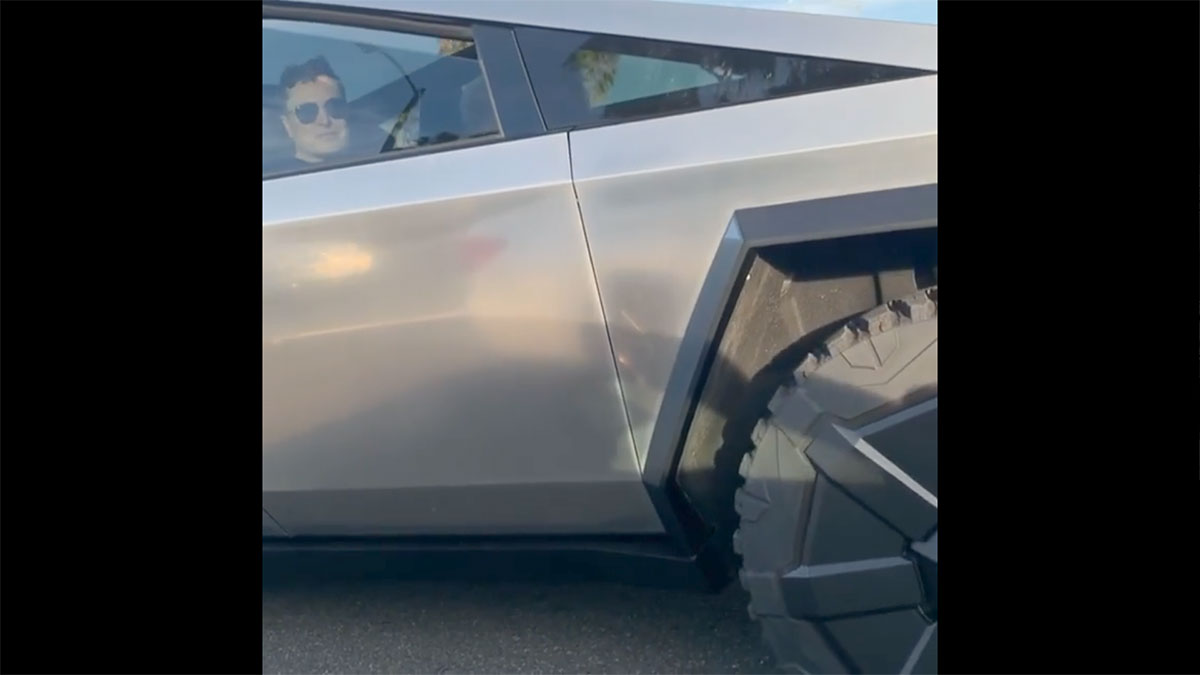 A new Cybertruck episode of Jay Leno’s Garage is most probably in the works as Tesla CEO Elon Musk and Mr. Jay Leno are seen together in the Cybertrucck prototype on the streets of LA this weekend with a camera car was following them.

Multiple people spotted the Tesla Cybertruck in Los Angeles starting Friday evening, in the first video below, the Cybertruck was spotted from a distance as it accelerated on a green light, and the second video shows Elon Musk sitting on the passenger seat, the driver? none other than the legendary Jay Leno.

The Cybertruck prototype is spotted almost after 1 month after being seen at the Tesla Design Center in Hawthorne, CA greeting the Tesla Christmas party just before the holiday season.

It is not the first time Jay Leno has visited the Tesla Design Center for his TV show, he recorded a Tesla Roadster and Model 3 episode there a couple of years ago, He himself owns a Tesla Model S and thinks said on CNBC while praising Tesla that “there’s almost no reason to have a gas car unless you’re doing long-haul duty” (full video interview).

Update: The Cybertruck Jay Leno’s Garage episode has been aired on CNBC (videos and updates on TeslaOracle.com)

Yep, that was Elon Musk waving at the lady who’s recording from inside her car, she also saw Jay Leno in there but from the angle of the camera was not clear enough to show him, our friends at Teslarati have some exclusive pictures of the episode being actually shot around SpaceX headquarters.

Tesla Cybertruck has become a design icon since its launch back in last year November, the non-traditional pickup truck design by Tesla has been so polarizing we posted a study on what each US state thinks about the Cybertruck in terms of love or hate.

You can hear the lady’s comment in the above video, she thinks this Tesla truck design is crap and how crazy this thing looks, but for some, it is utterly cool, recently Sandy Munro, a vehicle tear-down guru estimated that the Cybertruck production cost is only a fraction of what it takes to mass-produce a Ford F-1150, most of the credit goes to the simple design line choices for the body and window glass.

Although Tesla Cybertruck has a more angled and edgy design, it does not compromise much on aerodynamics as computer simulation tests show when compared to Ford F-150 and Dodge Ram pickup trucks.