A Tesla Model S owner has walked away safely from a severe crash where the vehicle hit a guardrail (crash barrier) and rolled over a few times until landing in a trench on it’s wheels.

The driver of the vehicle seemingly alone inside the vehicle at the time of the incident credits Elon Musk and the entire Tesla team for making one of the safest cars available today.

Kaelan posted the picture of his Model S after it was towed to a crash yard (below) in a tweet yesterday, which shows that the passenger cabin stayed almost intact despite the severity of the crash. Kaelan said in his tweet;

Thank you Elon Musk and thank you to the whole Tesla team for making safety one of your top priorities. Last Friday I had a serious accident with my Tesla Model S. Had I been in any other car, the consensus among First Responders is that I would no longer be here. Thank you. 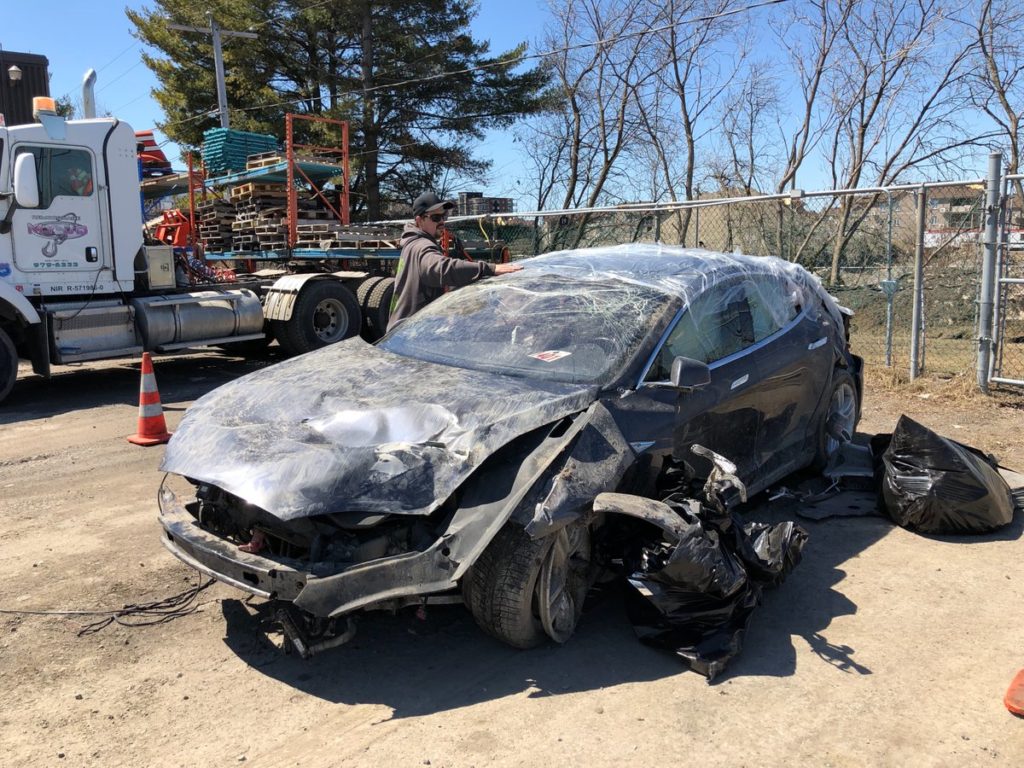 It’s lately been unfortunate for Tesla that crashes involving Autopilot or suspected to be Autopilot related, get a lot of media attention while the incidents where people’s lives are saved does not gain much traction.

We have reported a few incidents since 2016 where Tesla vehicle’s top safety measure have saved lives like an incident in Estonia where a Model S was hit by a MAZ crane truck. Also in Austria two young occupants of a Model S walked away unharmed after hitting a chapel.

A Tesla Model X was involved in severe accident in San Jose, CA last year and the driver was safe and sound with minimum injuries — life saved just before his wedding night.

Also just a couple of days ago a Tesla Model X owner released a dash-cam video where Autopilot avoided a side collision by a semi truck.

These are some of the reported events where we can see Tesla vehicles at their best when it comes to safety.

In a follow up tweet Kaelen also expressed his concern about how some Tesla related accidents are over-hyped in media and this tweet has garnered over 1200 likes till now.

Autopilot related deaths make for great healines, whereas injury-free crash survivors unfortunately don’t. For the rest of my life, I’ll be grateful to Tesla’s engineering team, and I hope that they weather this wave of negative press and continue building life saving machines.

In the same discussion in Kaelen’s tweet Andrew Carroll, MD shows how his Tesla Model S and Chevy Spark are damaged at different levels, of course direction of impact might have been different but Spark’s cabin is almost crushed while Model S cabin stays intact mostly.

Same thing for me. Look at the guy also involved in my accident and compare to my @Tesla #modelsp85 pic.twitter.com/KMBqGbtTYx

Let us know your thoughts in the comments section below how you feel about safety of Tesla vehicles. You can follow us on Twitter for any questions, feedback and tips, DM open.