While we can’t guarantee this is the last Model 3 spotting post before tomorrow’s final unveil and delivery event but this spotting shows the fabulous looks of the first electric car for the masses by Tesla.

We have previously seen Tesla Model 3s in red color but the videos haven’t been taken this close and probably of a production model because this one looks tighter in the corners.

By looking at different Model 3 sightings we can assume that more than 300 Model 3 production cars have already been manufactured and delivered to different Tesla store locations nationwide.

This red Model 3 is spotted at the Tesla Service Center in Centinela in Los Angeles.

As Tesla plans to exponentially ramp up Model 3 production in the coming months, keeping themselves ahead of time is crucial for delivering target number of cars to the customers.

This following spy video of the Tesla Model 3 is originally posted by Teslarati and posted to increase already heightened excitement levels of the reservation holders and enthusiasts.

There is another photo(below) spotted by Raj Khaitan that he posted to Tesla subreddit showing the center screen display in action while the vehicle is ‘Parked’. 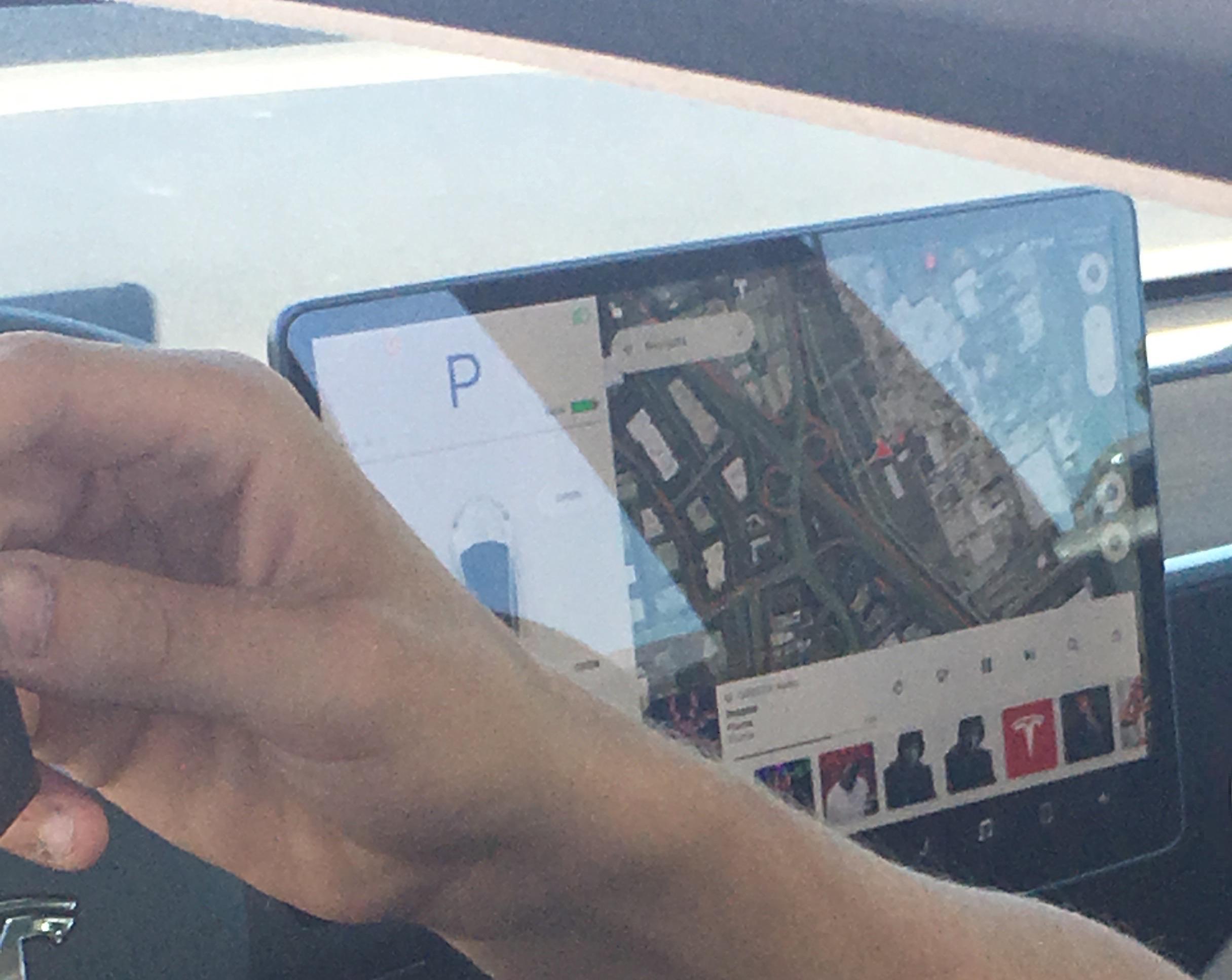 The information display on the Model 3 center-screen is multi layered as we can see in the above picture, the dialogue box covers the map partially which is on the deeper most layer. Also Elon Musk has previously stated that the speedometer will show on the screen as overlay which will change opacity according to relevance (tweet below).

On center screen. Also, center screen *will* show speed as an overlay that changes opacity according to relevance.

I think by ‘relevance’ Elon Musk means when the on-board software feels showing speed at this time is important for example when the driver exceeds speed limits clearly shown on the road signs.

Still the ‘Autopilot’ display on the center-screen is not been spotted as it’s activated only while driving or with current updates performing an ‘Autopark’.

I don’t know where this is, but it isn’t Houston.

The original poster of the video mentioned ‘Houston, TX’ as the location of the video taken, I will further investigate !

Meh…all of the panel information and interactivity is just gonna garner distracted driving tickets for the texting-obsessed owners. Panel surfing while driving will just be one more cause-of-death.

The main function of the scrollers is to press them and give the car a ‘Voice Command’ like Navigate and Trun on the Radio, etc. etc…. this is the next generation car !

think that’s the future, people will get used to them like the steering wheel buttons and volume scrollers