Return of the Black Tesla Semi Truck, Supercharging via 5 terminals at once

Tesla Semi Truck had at least two prototypes shown at the initial unveil event last year — one black and one silver, but since their first few trips from Tesla Gigafactory to Fremont car factory, the black prototype was in hiding for some reason, now we see it once again in action.

Nader Assemi (a Model X owner and real estate businessman (AssemiRealEstate.com)) saw the black Tesla Semi Truck at the Kettleman City Supercharger station while it was trying to park and later on charge it’s huge battery pack through 5 Superchargers at once.

Tesla Semi truck’s battery pack size is still an unknown figure which is expected to be the largest battery pack ever used in an electric vehicle on the road.

Tesla Semi prototypes have demonstrated their ability to move in a super smooth manner even with the loaded trailer attached — Tesla claims their powerful electric semi trucks can go from 0-60 mph in just 20 seconds with an 80,000 lbs load attached.

When a dual-motor Tesla Model X can tow fully loaded semi trucks in the snow, we can imagine what power a Tesla Semi Truck would hold with 4 independent motors.

Tesla staff does not allow taking pictures or video of the truck while it’s Supercharging. If the Tesla Semi was charging from 5 stalls at once we can roughly calculate that it was sucking around ~600 – 700 kW of electrons from the station alone.

That’s some huge amount of power but this big rig has a lot on its shoulders, it needs to disrupt the entire trucking industry. Tesla aims to bring the Tesla Semi Trucks to production in 2020 as several Corporate and Small business have placed their pre-orders with large sums of down payments.

Let us know your thoughts in the comments section below, it matters to us. 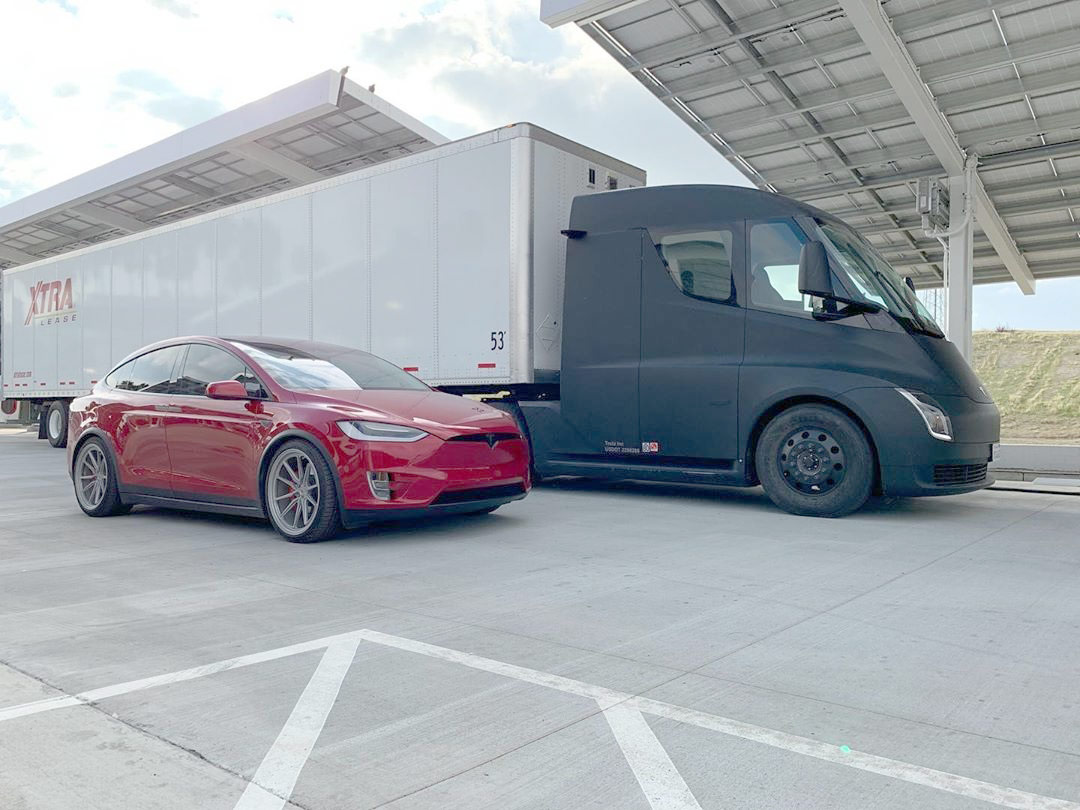 Black Tesla Semi Truck at the Kettleman City Supercharger with a Model X. Photo and video by @naderassemi