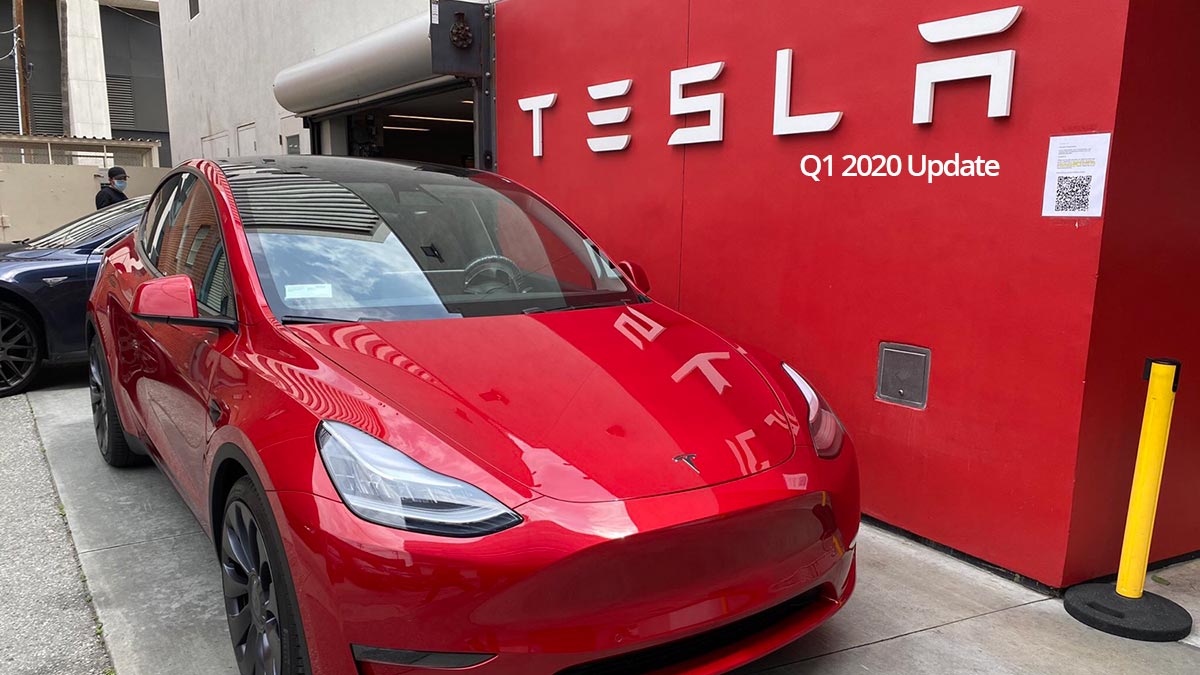 Tesla (TSLA) has just released its quarterly earnings report for Q1 2020 — the results are surprising despite the company operations getting interrupted globally due to the COVID-19 scenario and the absence of the Federal Tax Credit in the United States which expired at the end of last year.

Tesla critics have their jaws dropped at the moment as the Silicon Valley automaker performed exceptionally well financially — surprisingly and interesting the Tesla Model Y contributed to the profitability, in Tesla’s history no other new vehicle has made a profit, history made again.

Generally, for most automakers, the first quarter of the year is the weakest but this time Tesla came out strong, thanks to Gigafactory Shanghai which accelerated the Model 3 production and helped strengthen the Q1 numbers for Tesla.

Operations: Model Y deliveries began, Significantly ahead of scheduleIncreased Model S range to 391 miles with no increase in battery capacityReached production of 1,000 Solar Roofs in a single week

Q1 2020 was the first time in our history that we achieved a positive GAAP net income in the seasonally weak first quarter. Despite global operational challenges, we were able to achieve our best first quarter for both production and deliveries.

Although impacted by inefficiencies related to the temporary suspension of production and deliveries in many locations, our gross margin remained strong. At Gigafactory Shanghai, further volume growth resulted in a material improvement in margins of locally made Model 3 vehicles. In addition, Model Y contributed profits, which is the first time in our history that a new product has been profitable in its first quarter.

Despite the expiration of various government incentives at the end of last year, Q1 was pacing to be the strongest quarter of deliveries until our operations were interrupted in March. As a result, we remain confident in growing global production capacity as quickly as possible. We are continuing to significantly invest in our product roadmap, including improvements in technology, as well as localizing production in Shanghai and Berlin.

At the same time, we are diligently managing working capital, reducing non-critical spend, and driving productivity improvements. We believe we are well-positioned to manage near-term uncertainty while achieving our long-term plans.

Meanwhile, TSLA share price closed at $800.51 on the Nasdaq, and the after-hours trading trend shows that tomorrow the price could touch anywhere from $850-870 (*Disclaimer: Just reporting, not financial advice).

This article was originally published on Tesla Oracle.

Related: Listen to Elon Musk and his team in the Q1 2020 Tesla Earnings Call