Tesla today released a chart (below) listing Model S and Model 3 features side-by-side presenting a comparison between both cars. The chart clearly shows that Model S is a superior vehicle to Model 3 and will possess less features and customizations.

Am noticing that many people think Model 3 is the "next version" of a Tesla, like iPhone 2 vs 3. This is not true.

Also the the length of the Model 3 is also officially confirmed i.e. 184.8″ that means it’s about 11.2 inches smaller in length than the Model S. We have previously put together a comparison table with competing sedans from the likes of Audi A4, BMW 3 Series, Merc C300 and several others you can compare Model 3 on this page.

Tesla Inc(TSLA) today handed over the following chart to their employees at stores to brief customers about their decision of buying a Model 3 and probably convince them to buy a Model S instead. 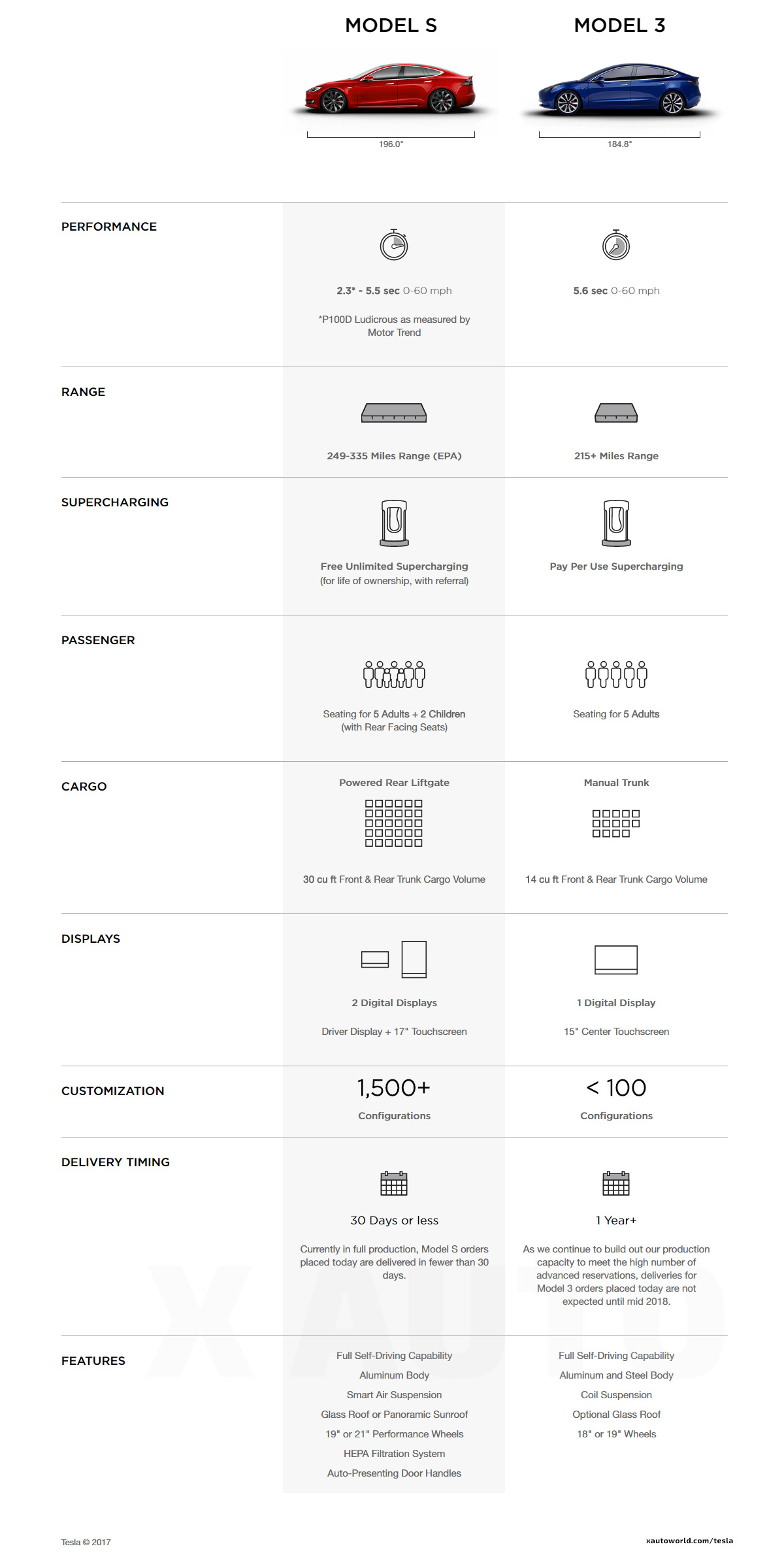 Chart updated after Tesla Inc. revealed the list of ‘premium features’ for the Model 3. Information might have changed since the time of this publication, refer to tesla.com/compare for up-to-date information.

The chart above seems to be part of Tesla’s Model 3 anti-selling strategy because the better part of profit comes from Model S and X sales. Model 3 is a car for masses that can surely generate a lot of revenue for Tesla but the profit margin would be thin.

Also with having more than 400,000 pre-orders and growing every week it seems really hard on Tesla’s part to deliver the vehicle even in 1+ year to most customers even with their plans to go 5,000 units per week production by the year end.

Another feature for the Model 3 is the lower-end battery capacities and limited options expected to be available, a maximum of 75 kWh battery with 60 kWh starting option is expected but the current info released doesn’t specifically mark battery options.

Also Model 3 is not going to get the Supercharging free for life, Model 3 owners will pay-per-use for Supercharging facility. The chart also confirms that Model 3 will have no additional information display or a HUD except for the existing 15″ center screen.

Tesla Model 3 reservation holders, fans and enthusiasts are very excited about Model 3 launch but the current information release might alter some people’s decision of getting a Model 3 and preferably go for the Model S.

thanks for the Tesla information