China is undoubtedly the largest market for car manufacturers and with a clear focus on sustainability, the Country can prove to be a heaven for electric car makers and Tesla is already benefiting with $2.0 billion of sales in China last year.

At the time of bolstering support for foreign manufactures in China with lifted stipulations of restricted ownership — Tesla has made a surprising move of officially debuting ‘Tesla Model 3’ in this year’s ‘Auto China’ show currently underway.

As Tesla is famous for not attending auto shows but surprisingly enough a Tesla Model 3 has been displayed at her own booth at the Auto China 2018 (some pics below). This move by Tesla is certainly a precurso to a production facility possibly in the works already.

Tesla is currently facing a 25% duty on their cars imported to China but this would change once the automaker is able to produce their vehicles locally, specially the Model 3 EV.

Tesla Model 3‘s local manufacturing will give Tesla competitors a tough time as the brand is already popular in the country. Tesla’s established expertise in the EV tech from battery packs to infotainment and Autopilot software will certainly give the U.S. automaker and edge over local manufacturers.

Pictures of Tesla Model 3 from Auto China 2018 seem scarce on the internet, the featured image above (HD version below) was posted by InsideEVs yesterday and the other photos of preparing the Model 3 booth are from Gasgoo.com.

Bloomberg TV reported from the show, saying Tesla stole the limelight at the show in Beijing from major players.

Last month a Tesla Model 3 also appeared at the Geneva Motor show but unofficially by a car tear down and analysis company. 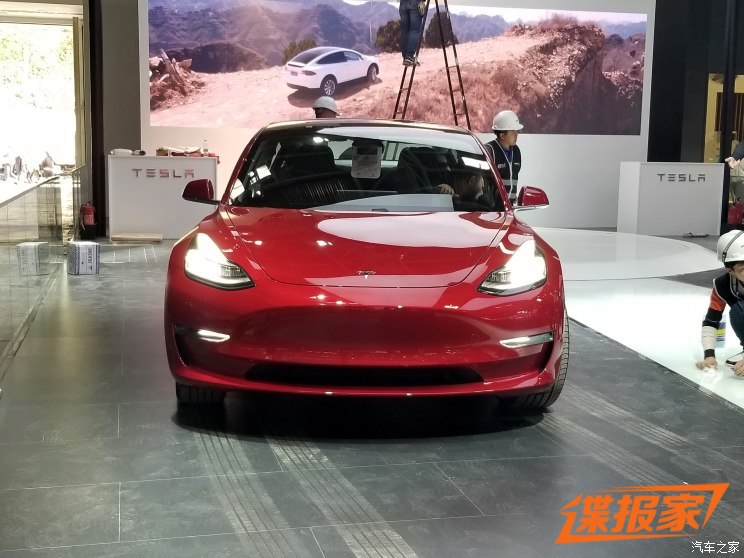 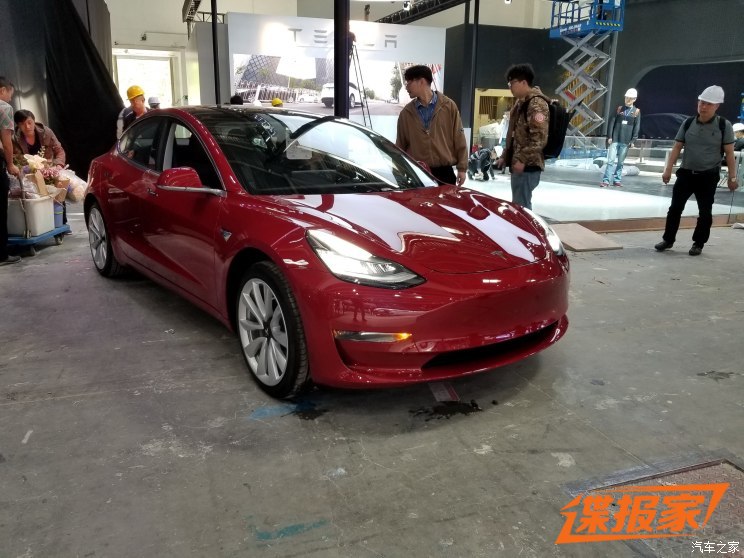 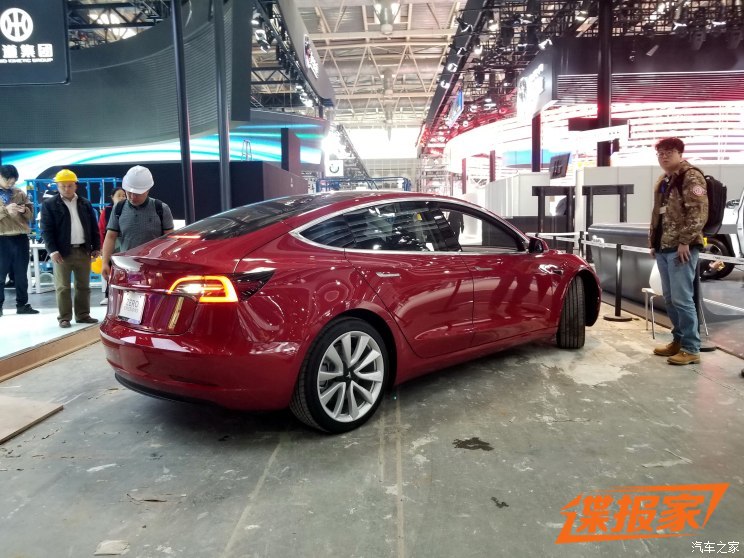 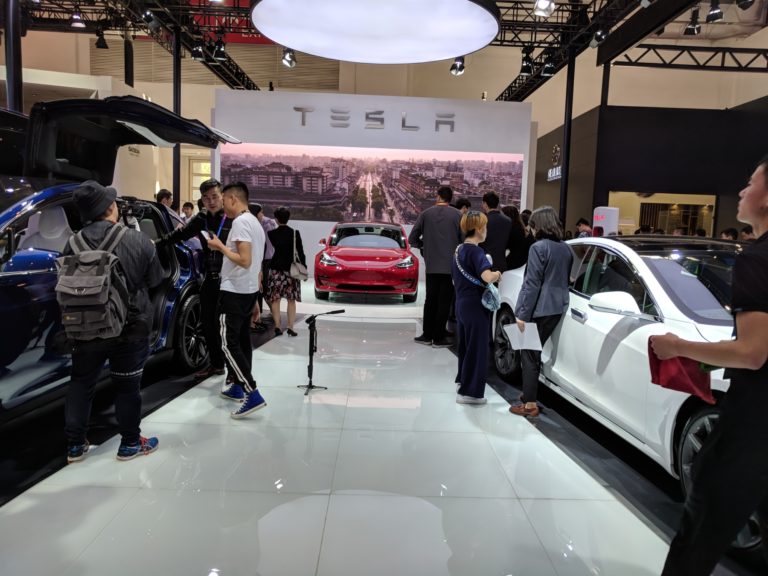